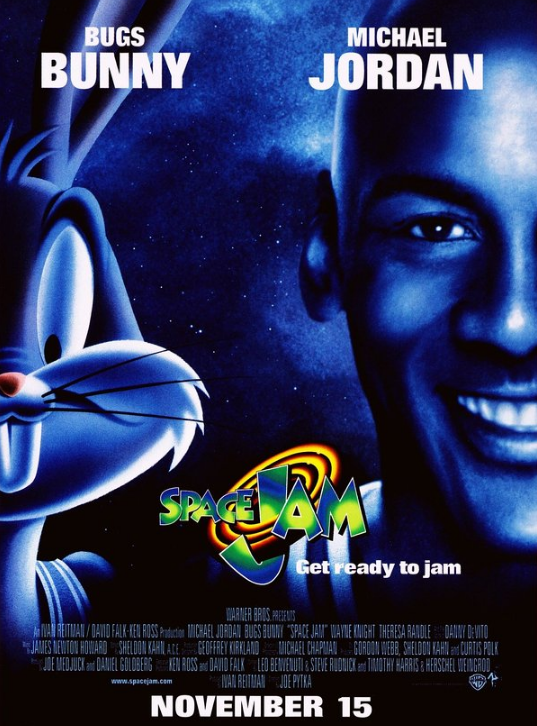 A handful of critics may disagree with me, but this 23 year-old had just as much fun watching this film fairly recently as I did nearly 20 years earlier.

Admittedly, the idea of throwing a live action actor in an animated world may have been done better eight years earlier in Who Framed Roger Rabbit?, several of the film’s best jokes are sorely dated and Jordan comes close to Razzie-worthy status at times (but you have to sympathize with an inexperienced actor surrounded by green screen for 70% of the film).

With a beautiful blend of live action and animated footage, a killer pre-Zombieland Bill Murray cameo and a soundtrack much better than it deserves to be, I still see this as a timeless classic and will root for the Tune Squad until the day I die.