Every year since 2014’s Maleficent, Disney has released a live action re-imagining of one of their famous animated features. In 2015 it was director Kenneth Branagh’s Cinderella, and 2016 gave us Jon Favreau’s take on The Jungle Book. 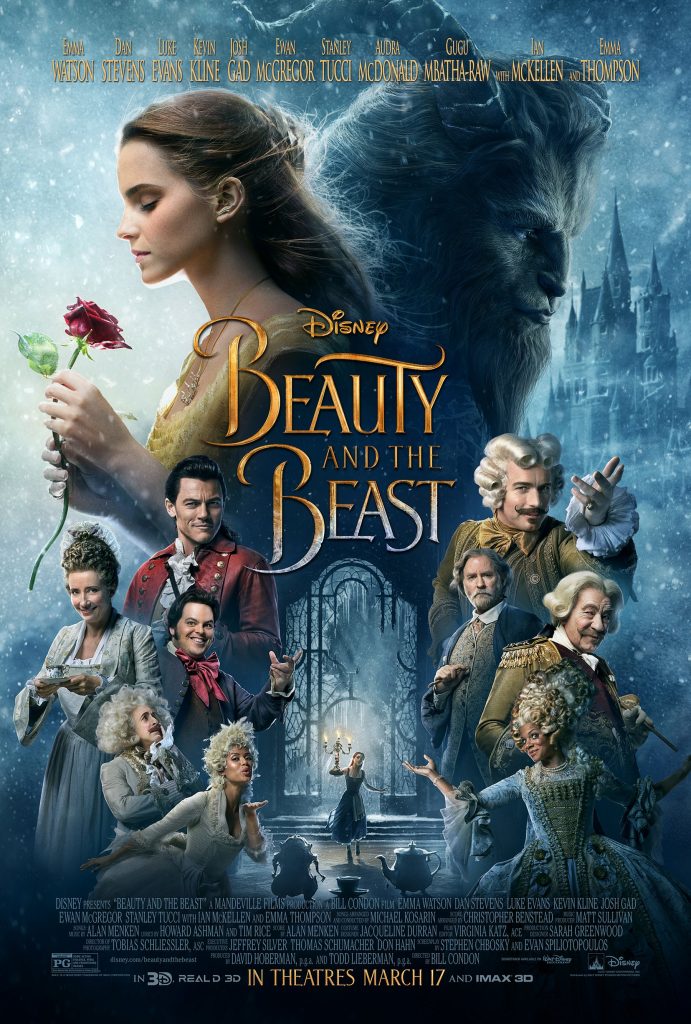 Now here we are in March of 2017, welcoming one of the most anticipated films of the year – Beauty and the Beast.

Directed by Bill Condon (Dreamgirls, Twilight: Breaking Dawn), the adaptation of the beloved 1991 classic follows in its predecessors’ footsteps by staying fairly true to the source material. When it comes to Disney, fans all over the world are very protective of the films they’ve grown up with. By keeping close to the plot and details of their animated counterparts, the studio has not only pleased the critics – but also won the approval of audiences everywhere. They’ve truly found the perfect way to reintroduce their most famous tales to a new generation, while giving them a fresh update that even die-hard fans can appreciate.

By expanding the original’s runtime of 84 minutes into just over two hours, the new film is able to flesh out the characters and their backstories more than ever before. This is a much welcomed addition, diving head first into the backstories of the Prince, Belle, Gaston and LeFou – in addition to many others. The story opens as you would expect, with a narration about the spoiled and conceited prince. But before we get to the beggar woman he turns away, the prologue is interrupted by a lavish scene that showcases his extravagant parties – filled with the most beautiful people in town. This is just one of many breaks in the middle of otherwise completely recognizable scenes. Yet they never feel out of place, or too forced.

Emma Watson is picture-perfect casting as Belle, the daughter of now-artist Maurice (Kevin Klein). There are still inventions in the story, yet Belle is the tinkerer rather than her father. It adds a new level of depth to her character, which is another welcomed addition. Her contraptions, along with teaching a little girl how to read, become bones of contention for the small-minded people of her tiny French village. 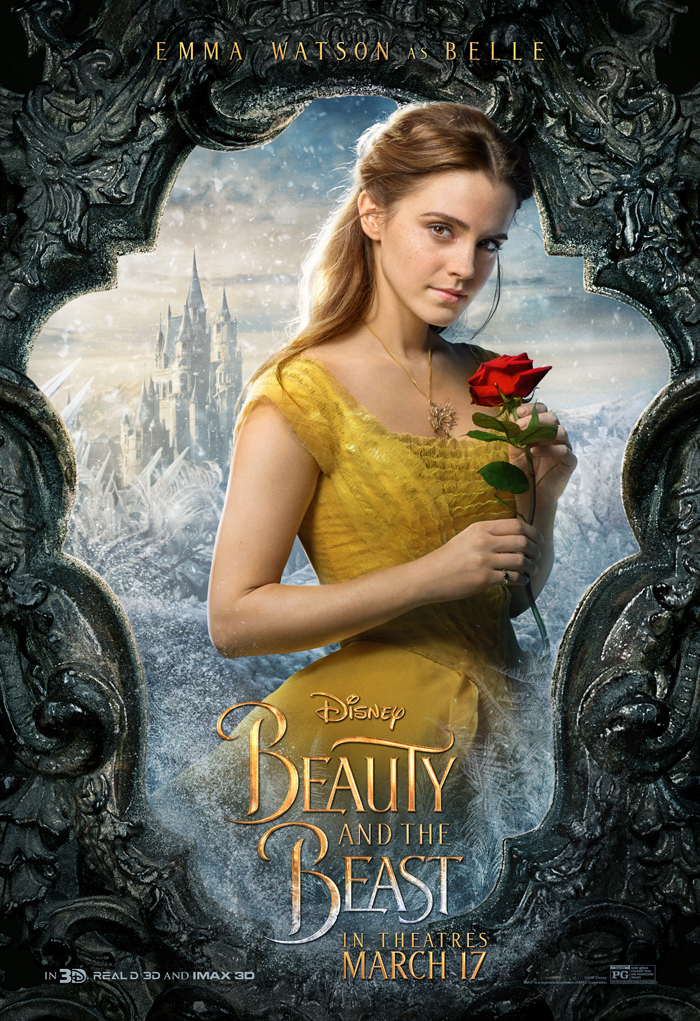 We also get an expanded back story for Gaston (Luke Evans), a former captain who has returned home from war with his trusty sidekick LeFou (Josh Gad). These new details introduced in the film only add to the magic of the story we already know and love. Another example is that we learn about Belle’s mother, who has never been mentioned before. This is a subject that is returned to a few times throughout the film, and add much heart to the story – as well as to the performances by Watson and Klein.

The classic songs you know and love from the original film are there, the result of a genius collaboration between Howard Ashman and Alan Menken. Even if you have all the beloved numbers memorized by heart, there are still four new musical additions to enjoy: The opening number “Aria” by Audra McDonald, set during one of the Prince’s opulent parties before the curse; “Days in the Sun,” which tells the new story of the Prince’s mother and father; “Evermore,” a beautiful number sang by Dan Stevens (and my personal favorite addition); and finally “How Does A Moment Last Forever” by Céline Dion for the closing credits.

The visuals in Beauty and the Beast are absolutely stunning, the product of almost three years of work on the project from pre-production to editing. Disney employed visual effects studio Digital Domain (Iron Man 3, Maleficent, Furious 7 – and over one hundred other film credits) with the work, which resulted in the beautiful birth of this re-imagining. The film was shot at Pinewood’s Shepperton Studios in England, using 9 of their sound stages (a combined 113,000 sq. ft.) and one backlot (another 5.9 acres, equal to 257,000 sq. ft.). The set design was brilliant, but there certainly was a lot of visual effects work to be done. The result was magnificent, especially when you see it on large theatrical formats like IMAX.

It seems that Disney can do no wrong when it comes to their brilliant live-action adaptations of their classic films. While they may be given an advantage by starting with timeless source material, that also means the pressure to do the originals justice is exponentially higher. Yet the studio is never one to cut corners, and invests their resources where it counts – in the best cast and creatives for the project. Disney has brought to life one of their most popular animated films of all time, and my personal favorite, resulting in another classic for a new generation.

Beauty and the Beast gets an A.