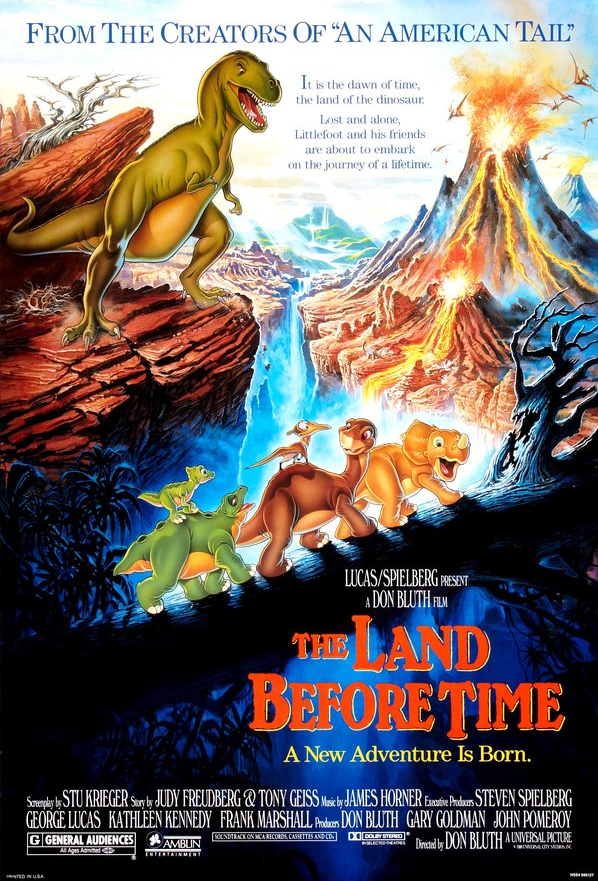 Years before he used prehistoric creatures to frighten us, Steven Spielberg, along with his co-executive producer George Lucas and director Don Bluth, used them to warm our hearts.

This animated family adventure tells the story of a group of young, lost dinosaurs of varying species that must evade “earth shakes,” “mountains that burn” and a monster known as “Sharp Tooth” to reunite with their families at The Great Valley. Audiences loved the adventures of brontosaurus Little Foot and his friends enough for the film to spawn enough sequels to last the Jurassic Period. But is this story worth going back in time for?