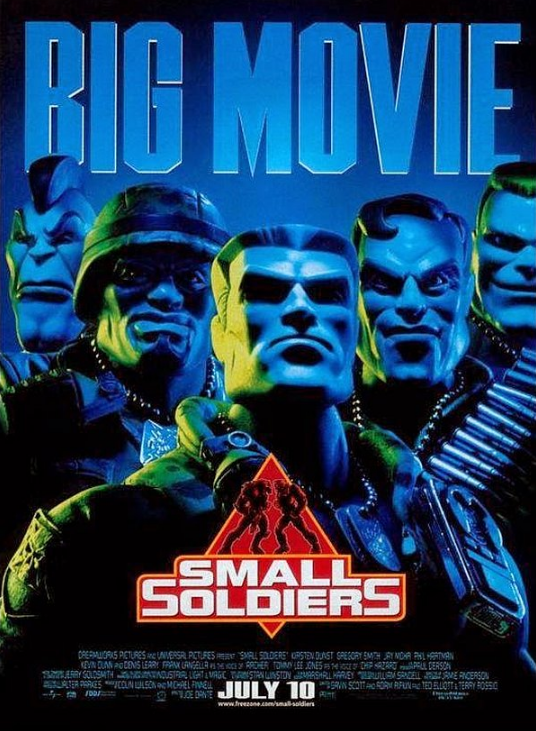 As for the positives, Joe Dante (Gremlins) was definitely the right choice to direct this film, cleverly sending up war movies with the help of the perfect voice casting of Tommy Lee Jones as Commando Elite leader Major Chip Hazard, and animatronics by Stan Winston that make the action figures feel larger than life.

Despite a positively fun first hour, the five year-old in me struggled to get past the film’s increasingly ridiculous turn of events and could not help but give up once the nonsense grew to unbearable levels by the final act. In the attempt to entertain me, at five years old, this film won that battle. Nineteen years later, it has lost the war.