You have a lot of friends who are into comic books. Are you a big fan as well?

Oh, definitely! I love comics. That’s sort of how Kevin and I started hanging out. We grew up down the street from one another, he was four years older. We used to go to community center, and he used to sit in the corner and read comics all the time. I used to go up and be like, “Hey man, do you have an extra comic I can have?” So he started giving me all his old crappy comic books he didn’t like, and I started reading books.

The first time we actually “hung-out,” hung-out, we all went. Me, Brian and Walter – the guys from Comic Book Men – and Kevin went up to New York to this big comic book show, and that was the first time I started hanging out with Kevin. From there on in, I was always like, “Hey, when are we going to go to another show? When are you going to the comic book store down in Red Bank?” I would hop in and go every Wednesday to new comic book day at the comic book store. So yeah, definitely been into comics since I was 12 or 13.

Is it true that when you and Kevin Smith started hanging out, that he actually didn’t want to drive you to the comic book store?

Yes, that show. That actual New York show the first time we went. He was supposed to drive, and he didn’t want to drive because I was under-aged. So he refused to drive, and my buddy Brian was like, “Well, I’ll drive then,” and so Kevin had no choice because it wasn’t his car and he wasn’t driving anymore. He was just a passenger. So he couldn’t say anything. But definitely that’s true.

Who is your favorite super hero? 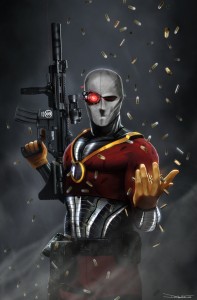 Favorite superhero is Deadshot. Deadshot is one of the cooler characters I think, and I love the mini-series they came out with. I love his costume, and the whole idea of Deadshot. He’s definitely my favorite. 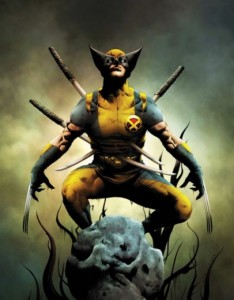 For like the actual growing up – who was my favorite is Wolverine. I love the whole idea of adamantium and his quick-healing factor, and the claws and all that.

So definitely Deadshot and Wolverine are my two favorites.

You’ve been married for a while now, and you are out on the road a lot with Kevin. Are you away from your wife a lot, or does she go with you guys?

No, that is the awesome thing. She’s partners with Kevin in the company SModCo – her and I are partners with Kevin. She does a lot of the work; she’s a big part of the company and the podcasts, and the touring. She’s the one who talks with the touring manager, and scheduling venues. Setting up my schedule, and his schedule… she’s a huge part in that. So that’s her job technically, and so whenever we go out on the road she comes with me. Every once in a while she’ll stay home, if she doesn’t feel like going out for three days… and she will stay home with our dogs and stuff.

The cool thing is that, in the last two years we haven’t spent too much time apart. Where before, you know, I’d do a movie – she had a different job working with a music manager and stuff – sometimes we wouldn’t see each other for two or three weeks.

It’s been awesome. She’s been able to go everywhere with me. She went to London, Scotland and Ireland, and Australia. She was with me in all those tours.

Jay and Silent Bob’s Super Groovy Cartoon Movie is set to tour the country starting on 4/20, and hit’s St. Louis on 5/18 at the Pageant. For more information and to get tickets, visit seesmod.com/groovymovie.