Yeah, we did that, again because we had a bunch of people that chipped in and wanted to be a part of the project. The guy who cut the trailer together is a guy we met on Twitter who’s awesome, and worked on some other stuff for Kevin. People chipped in and put some songs in there, and the people doing the voice over work all did it for nothing really. Everyone chipped in, and was psyched to be a part of the project. And I’m grateful to everyone who made it turn out to be really awesome.

You mentioned social media, and how you met the director and the guy who cut the trailer on Twitter. I saw the trailer when it dropped on Friday and it had 200 views. Then when I last checked it had over 162k. And that’s all social media, right? You don’t do traditional advertising?

No, for sure – that’s it man. It’s all just tweeting and Facebooking, and YouTube’in. It’s pretty crazy now. You know, the people you meet and interact with, and the people who put awesome stuff up on the internet. It’s just changed, and it’s a whole different world.

You worked with a lot of friends on the project.  What was it like working with them in the capacity of producer, as opposed to just working on a film with them? Was it intimidating at all, or did you have any problem getting work done?

No, it was more intimidating asking. I just don’t like asking people like, “Hey man, can you take time out of your schedule? I know you’re busy, but can you drive here?” In LA traffic, it’s horrible. I mean, even if something is scheduled down the road, 5 miles, it might take you twenty minutes to get there. So that was my main concern, just asking people to get up and take time out of their schedule. To meet here , and do voice over stuff and all that.

It was also awesome for me not to just be like, “Hey, I’ll see you at work, and we’re going to act together.” It was cool to be like, “Hey, I’m doing this thing,” and explain it to them – and tell them how stoked I am. And everyone, again, is super cool that was a part of it… everyone was really, really awesome.

It must be nice to have such good friends. 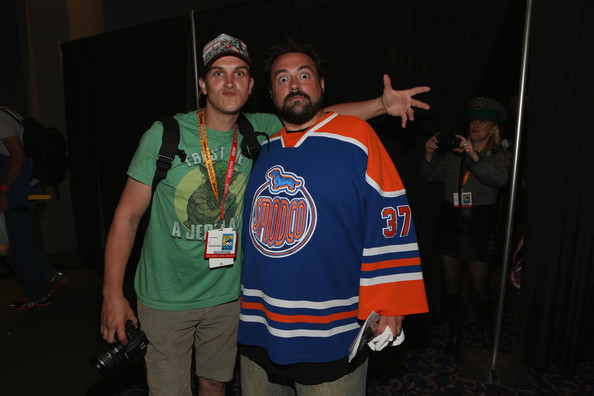 You know, some of them have helped me through my problems with the drugs. Someone to talk to and be there for me if I’m like, “Ah, I’m messed up. I’m stranded.” And you know I try to do the same for them. What else ya got, if you ain’t got friends and loved ones?