The tagline of Ridley Scott’s 1979 sci-fi horror classic Alien is, “In space no one can hear you scream.” The film is regarded as one of the best of its genre, technically well made with groundbreaking effects for the late 70s. Seven years later, the sequel Aliens would hit theaters. “This time it’s war” would be the tagline for the second film.

Most of the posters for the Alien franchise are a bit boring. We see outer space, or a black background with the logo. Nothing that would be too interesting to recreate. But the artist chose the poster with Ripley holding a child and her gun – with alien eggs all around her. The original poster is dark, with little visible detail. The cartoon redesign actually has a lot more to look at, with a lighter blue tone than the original. I really like the contrast between the main character and the background. 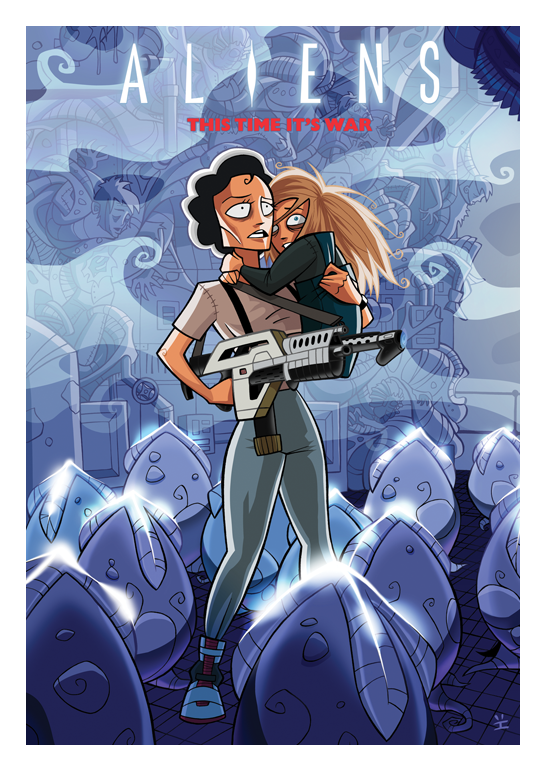 Did I mention that there are a lot of boring Alien posters? The poster that Bastrash chose for Alien Resurrection is one of the more simple versions. Not to say he did a bad job with it, but it is what it is. You have the typical outer space background with the logo in the middle. But hey, it still looks really cool. 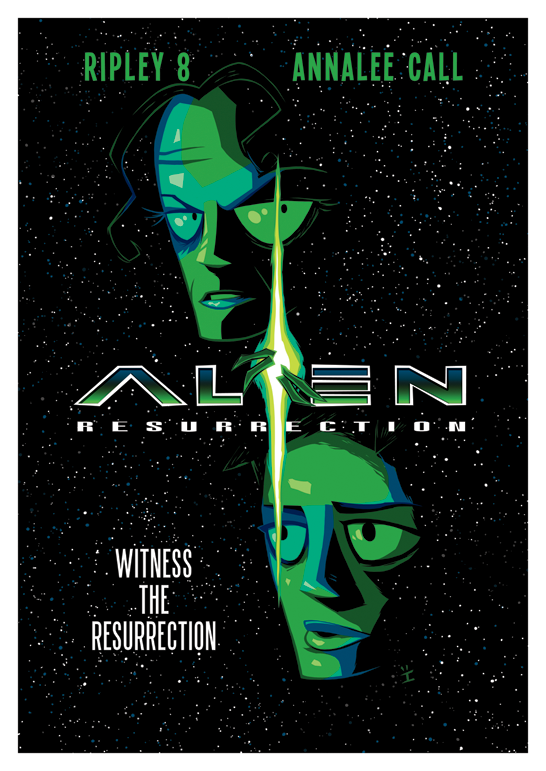 Next: Deep Blue Sea and The Rocky Horror Picture Show.