As I sit here watching Top Gun it dawned on me that while the movie is totally bad ass, the soundtrack is a huge reason for that. So, that got me thinking about my top 10 movie soundtracks of all-time. Now, I’m probably going to anger some by leaving out A Hard Day’s Night. But I wasn’t around for that one, and let’s face it, everyone puts that as their number one. Sorry Kenny Loggins, no Caddyshack or Top Gun here, as this is my list of the top 10 movie soundtracks since 2000. 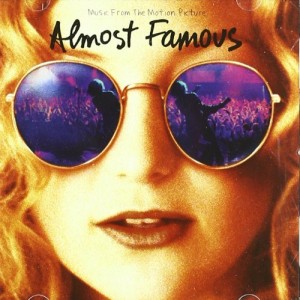 This remains one of my favorite movies of all-time. The soundtrack is filled with great 70s rock from Elton John to to Led Zeppelin. Most people don’t realize that Zeppelin will rarely license one of their songs for a movie. Without a doubt this was Cameron Crowe’s best movie. As a director, he has always been big on having great soundtracks in his films.