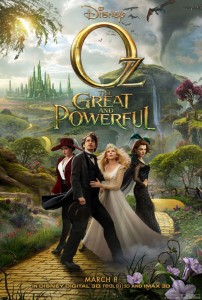 Disney’s Oz the Great and Powerful hits theaters today. The film serves as a prequel (of sorts) the MGM classic The Wizard of Oz. I say “of sorts” because Warner Brothers currently holds the rights to the film but not the books (which are in the public domain). As blasphemous as tinkering with a legendary film might sound, this isn’t the first time Hollywood has taken a run at it. Not even close.

People have been tinkering with this thing for years. There are numerous different versions, remakes, re-imaginings and just plain rip-offs. But I’ve decided to focuse on some of the more interesting ones. Notice I didn’t say “better”. I said interesting.

So here is your list – Alternate Versions of Oz. 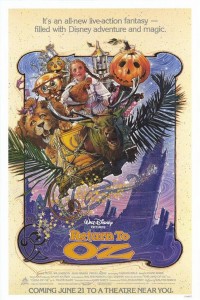 While the latest Oz incarnation is from Disney, it’s not Disney’s first run at it. In fact, Walt Disney himself wanted to adapt The Wizard of Oz after the success of Snow White and the Seven Dwarfs. However, he was too late as MGM had already scooped up the rights. So Disney (being Disney) bought the rights to the other thirteen books. Take that, MGM. He even attempted to make a live action film called Rainbow Road to Oz as a segment for the show Disneyland (a precursor to The Wonderful World of Disney). But, legend has it that the TV premiere of The Wizard of Oz proved so popular that he felt it would pale in comparison and he abandoned the project.

But in 1980, realizing that the books would soon enter the public domain thereby rendering their film right’s useless, they made Return to Oz. To say that film is a “dark” take on the tale is a bit of an understatement. Picking up six months after her trip to Oz, Dorothy is obsessed with her memories of the adventure to the point of clinical depression. That’s not just hyperbole. They actually institutionalize her…and then attempt to treat her with electroshock therapy.

Granted, the film takes place almost 40-years before electroshock therapy was invented…but you have to admit the merchandising that included Mouse Ears with built-in electrodes was totally worth it.