The Long Box – Casting Call: “Batman: Under the Hood” 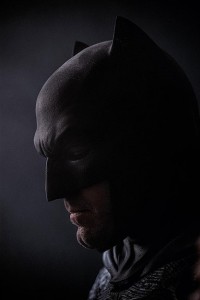 With the recent rumors about the plot of Batman vs Superman: Dawn of Justice, I decided to take a look at one of my favorite Batman stories from the last 10 years.

The Bat-Franchise is one of Warner Brothers most lucrative properties.  The advantage of having Ben Affleck make his debut in a non solo Batman movie is that the character will be established in this film.  The door is wide open for a stand alone movie next. Why not start with a story about what happened to the second Robin, Jason Todd?

The current rumor is that there is a tattered Robin costume on display in the Batcave. The fanboys out there  know that Bruce kept the destroyed costume of Jason Todd (the 2nd Robin).  Jason was murdered by the Joker in the epic story line “Death in the Family”.

Here’s my idea on what creative team and cast could make this movie work.

The Concept:
In 2005, Judd Winick had the insane idea to bring the most hated Batman character back to life. Hey, it worked when Marvel brought Bucky back. Why wouldn’t it work for Jason Todd? Winick took his idea to the Powers That Be (Dan Didio) at DC, and they went ahead with the idea. Combined with the dirty and gritty art style of Doug Mahnke, these two men not only brought Jason Todd back from the dead, but they turned him into a bad ass vigilante.  The story would bring Batman’s greatest failure back from the dead. With appearances from Nightwing (Dick Grayson), The Amazo Android, The Black Mask, and the Joker, Winick crafts a tale that combines a mob movie, a detective story, and a blockbuster action flick all in one. DC even went so far as to make this story into one of their direct to video animated movies (Batman: Under the Red Hood).  It worked there, so why not the big screen?
Of course, there have to be some minor story changes. For one, you’re going to have to take out a lot of the henchmen/villains.  Mr. Freeze, Deathstroke, and a hodgepodge of C list characters make appearances when the Black Mask hires them to take out The Red Hood.  You can just change them to faceless mercenaries. Also, I would not open with a young Jason Todd being murdered by the Joker.  I think it was a mistake in Captain America: The Winter Soldier to expose the identity of the Winter Soldier in previews.  Sure, the comic fans will know, but keep it a secret until Bruce figures out who he is in the film itself.