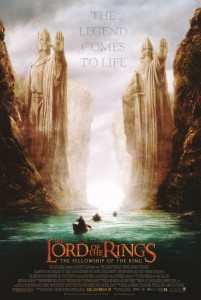 When it was announced that Peter Jackson, a small time and rather unknown Kiwi director, was going to be taking over the reigns of one of the most sought after and daunting film tasks in the history of cinema many didn’t expect a whole lot.  But what came out of this man’s mind is an adaptation that Tolkien couldn’t have supervised much better himself. It will go down as not only one of the greatest fantasy films, but flat out best films ever to grace our silver screens.

Now, let’s set the record straight right off, The Lord of the Rings is one film, broken up into three volumes for our butts and studio execs pockets pleasure.  You will also note that my dates for the film is from 2001-2004, and that is because we didn’t have the full film experience in our hands until the release of the extended edition of Return of the King on DVD in 2004. (Though, don’t count out Jackson on making a couple changes and maybe even extending further on Blu-ray to coincide with The Hobbit)

The story takes place in the land of Middle Earth, populated by races of men, elves, orcs, goblins, dwarves, wizards, and most important to our quest hobbits.  Hobbits are smaller people, not entirely different from men aside from their stature, state of leisure, and fascination with pipe weed.  We are introduced to there world when Gandalf the Grey, a wizard of Middle Earth comes to visit his old friend Bilbo who possesses a ring that might be more powerful than they could ever imagine.  This ring is the bane of an ancient lord of Middle Earth, Sauron, who is regaining his power lost since this ring was cut from his hand.  If he were to regain the ring he could march across the lands of Middle Earth and put it permanently into darkness, but Gandalf has other plans for it.  Putting the ring in the hands of the hobbit Frodo, the nephew of Bilbo who found the one ring on his travels with Gandalf (see The Hobbit in 2011 & 2012), he sends him out towards Mordor where the ring can be destroyed only where it was forged.  Gandalf bands together a fellowship to assist Frodo on his quest consisting of an elf, a dwarf, and two men, one of which is the heir to the throne of Gondor and the leader of men, Aragorn.  Once all joined together, the fellowship, which also includes three of Frodo’s hobbit friends, sets off to Mordor to destroy the ring of power and destroy the greatest threat to Middle Earth.

This film, once finally seen by the public, quickly displayed that the time was right then to finally make this adaptation and that we didn’t have the abilities to do so as effectively until then. Jackson uses every trick in the book to bring Middle Earth to life. From superb make-up work, groundbreaking CGI rivaled only by ILM at the time, beautiful and detailed miniatures (or bigatures) that gave the epic buildings and sets a real life feel, beautiful costume design, and above all a concise sense of scope and vision that allows you to just fall into it with ease and buy into everything you are seeing.

The three volumes themselves slowly build up to the next, ramping up the scale and grandeur of the proceedings, and make you wishing the first two films didn’t end.  When I walked out of The Fellowship of the Ring I had rarely ever been blown away by a film.  As the credits rolled, I was ready to go for another three hours and couldn’t believe I had to wait another year to see the next part of the story.  Few films have that affect on people and that is a testament to how magnificent these films are. 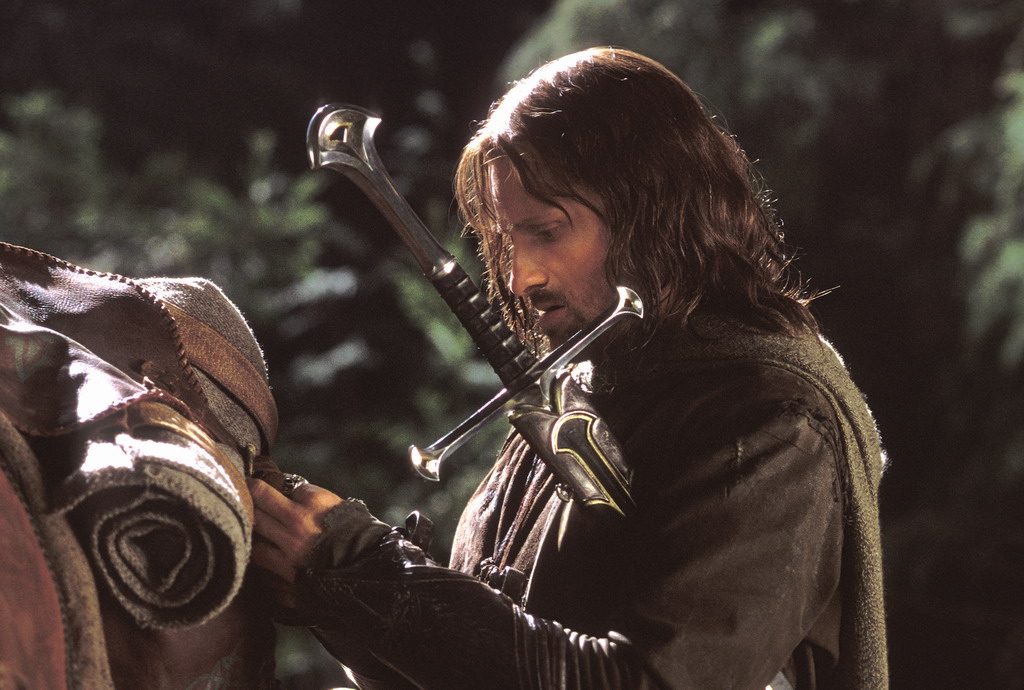 Now, I will say this, theatrically these films are by no means perfect, especially the final two releases, The Two Towers and The Return of the King.  With that said, FOTR theatrically was an amazing experience and I had about zero complaints with the film, but that was until Jackson released the Extended Edition of the FOTR before the release of TT in theaters.  The movie somehow got better, way better, and at three and a half hours the film felt even faster and better paced than the theatrical edition.  Bringing the film even closer to the book and had me eagerly awaiting the next volume of the story.

Unfortunately, The Two Towers, theatrically, was a bit of a mess.  Feeling rushed, truncated, and missing whole scenes, the story was just too much for a three hour film.  So when it was announced that the extended edition of that film was going to be forty minutes longer, I was ecstatic.  And the results were not disappointing in the least bit as the release stood toe to toe with Fellowship now which was a laughable claim after seeing the theatrical version.  The extended edition fleshes out all the characters, allows everyone their moment to shine, and doesn’t short change Merry and Pippin like the theatrical release.  The extended cut even feels like a shorter and faster film at forty minutes longer as the film builds a flow that works impeccably and never lets you go from start to finish.

The Return of the King was now being released only a month or so later and the anticipation couldn’t have been higher and the film met the expectations on a number of levels.  The Battle of Pelennor Fields was unlike anything I have ever seen in a film and on such an epic scale it has yet to be even remotely duplicated since.  The affects were wonderful and the acting as good as ever, but again it felt like we were missing some things and the film could have moved along a bit better.  With that said, this theatrical release was far more successful than The Two Towers but I would hold out judgment until the extended editions was released.  The results were fifty more minutes of great footage and again a better and pacing and flow for the film even at its extended length.  Aragorn gets the most help from the extended cut, as do the pair of misfit hobbits, and Jackson made the Battle of Pelennor even more grand and phenomenal.  The Return of the King might be my least favorite of the three volumes, but it is still better than most films released every year, it had to meet an almost impossible standard set by the first two films and it’s amazing it almost hit said standard.

Jackson was able sell us on the world of Middle Earth pretty much from the get go but his actors made the story work as they molded these memorable characters we would care for over the eleven plus hours of the film and make us wish we could spend even more time with them.  Elijah Wood becomes Frodo and does a great job with the character as the weight of the ring slowly becomes heavier and heavier of a burden on him.  Sean Astin plays his sidekick of sorts Sam, and while his accent can be a bit iffy at times, he slowly molds himself into quite the hero as they get closer and closer to the end.  The other hobbits are played by Dominic Monaghan and Billy Boyd who start off as great comic relief and then discover their true purpose in Middle Earth as they both shine in their character arcs.  Ian Holm also shines in his brief scenes as Bilbo Baggins and is both charming and a tad bit heart breaking as he digresses after giving up the ring. 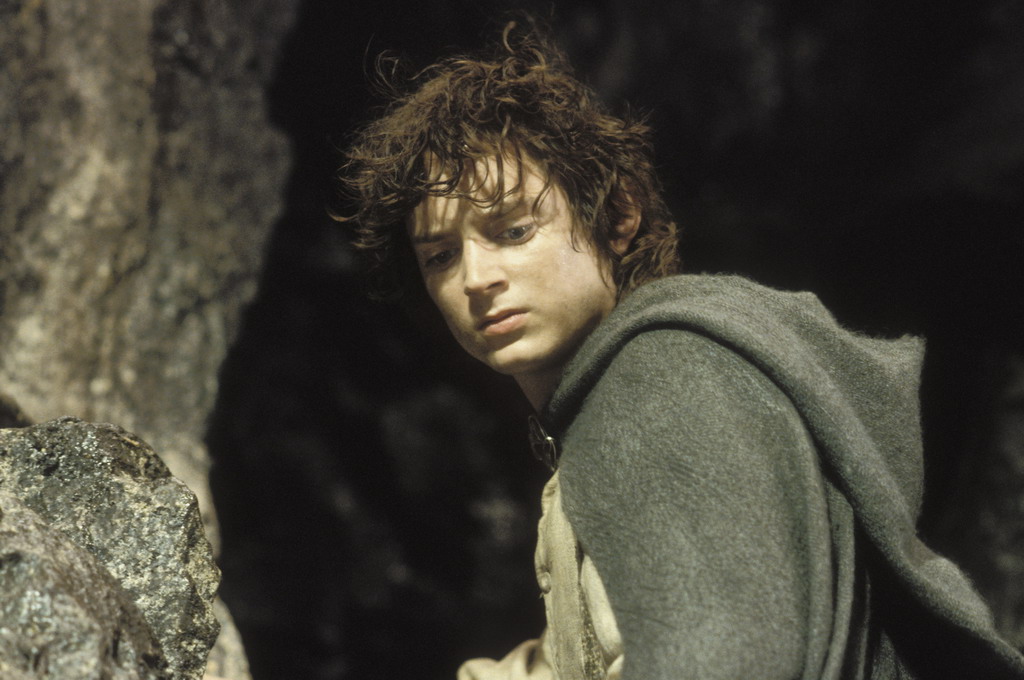 Orlando Bloom made his break out turn here as Legolas the elf but is more of an action superstar in the film than anything else, luckily he is very convincing as the bad ass of the group.  Ian McKellen owns the role of Gandalf and no one else could possibly even be conceived as playing this role better than him, he is Gandalf. John Rhys-Davies has a blast as Gimli the dwarf, but I always wished his character remained more serious rather than becoming the bit of comic relief he evolved into in the later parts of the film.

Viggo Mortensen shines as the reluctant leader and is great as the quiet leader who can bust out of his shell when he has to lead like the man he was meant to be.  Sean Bean is regulated to mainly just the first volume of this tale, but his Boromir might be my favorite character in the film.  He is so good with the temptation of the ring and carries himself with such confidence and spite it really is a marvel to watch, and he is also the shining spot of one of the best scenes of The Two Towers that reveals so much about his characters torment and mindset.  David Wenham and John Noble both do fine jobs as the men from Gondor that get the most focus but I think their characters were to of the least well written, especially compared to their roles in the books, so I don’t think they are to blame for their characters not standing out like others.

The characters from Rohan are all over shadowed by Bernard Hill’s King Theoden who gets your blood going and absolutely shines on the Fields of Pelennor.  The elves are also represented by a nice trio of actors, Cate Blanchett, Liv Tyler, and Hugo Weaving with all doing very fine jobs in their more limited screen time.  Christopher Lee is also menacing as the dark wizard Saruman and Brad Dourif is slimy as the advisor to Rohan. The most impressive work in the film though has to go to Andy Serkis who played the role of Gollum and was digitally rotoscoped out with the cinema changing CGI character.  When you see footage of the work he was putting in on set, he is Gollum, they mimic his performance in the CGI character and I still don’t think he has achieved the full appreciation he deserves for that role.

In the end, The Lord of the Rings is an amazing feat of cinema unlike almost anything we have ever seen.  An epic eleven plus hour film that is not only endlessly engaging, but leaves you feeling that you could go on for eleven hours more.  I can’t say enough that if you have not seen the extended edition of this film than you have not experienced The Lord of the Rings in its entirety as they completely flesh out the story and really improves upon ever aspect of the story.  I am sure many of you have seen the film, but I urge you to go back now almost ten years after the first volume was released and experience just how well this thing holds up.  And when you do decide to dive back in, make sure you get the full experience with the extended editions as it is Peter Jackson’s epic in its absolute best form and will be remembered for years to come as a landmark feat in film making. 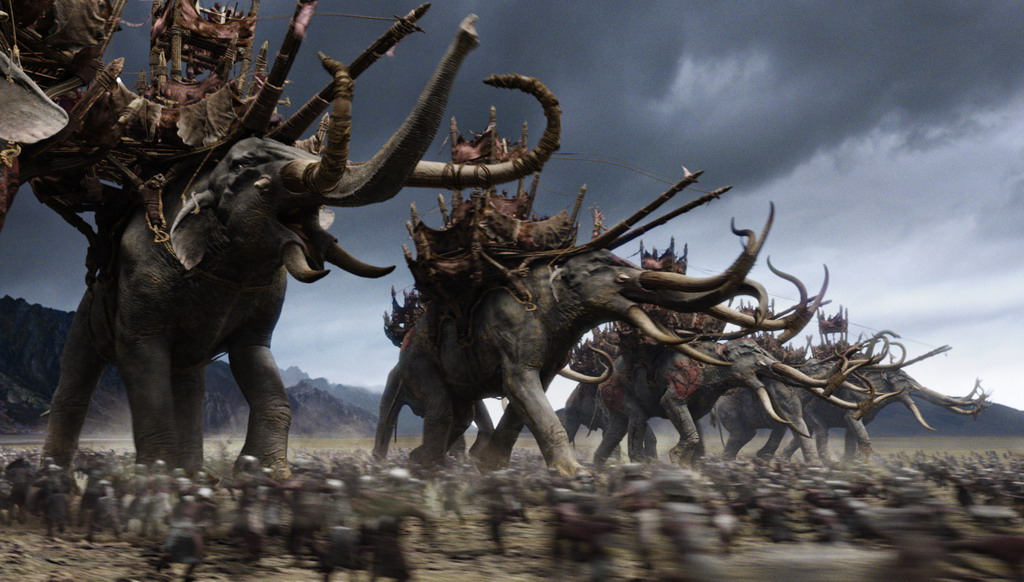