The Decade’s Best – The Life Aquatic with Steve Zissou (2004) 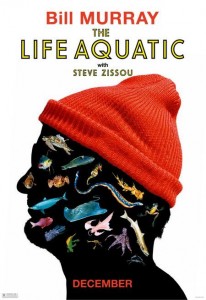 Wes Anderson’s “action” movie sticks to the themes that you find in a lot of his films and the results are a fantastic blend of adventure, farce, humor, sadness, and drama that not only gives us Anderson’s spin on the action/adventure genre drama but serves as an excellent character study of a man on the verge of being irrelevant in almost every aspect in his life.

I have been a huge fan of Wes Anderson since I saw Rushmore back before the release of The Royal Tenenbaums back in the beginning of the decade and I guarantee you will see at least one more of his films in this feature before the year is out. The Life Aquatic is the biggest departure for Anderson in that it is by far his most grand and epic film to date taking us all across Europe and the Mediterranean sea of Wes Anderson’s world.

Steve Zissou is a Jacques Cousteau type that has had a successful run of nature films investigating the open seas all around the world, but has been losing both notoriety and funding over the last few years with the shadow of his nemesis Alistair Hennessey slowly casting him and more and more darkness. When Zissou’s best friend and partner Esteban is apparently eaten by a mysterious “tiger shark” the film is poorly received, taken in bad taste, and even doubted in its validity sending Zissou on a mad scramble for cash as he hopes to seek revenge on the shark and prove his critics he still has it as he slowly fades away. Added to this, Zissou’s “maybe son” shows up after the death of his mother and Zissou decides to recruit him to join his team in hopes of maybe forming a bond while also feeling important again getting to show off to someone that looks up to him a bit. Added to this are a crumbling marriage and a reporter tagging along covering him at his most fragile hour and this trip is bound to not go smoothly.

The story is a bit busy but never overwhelming even with the wealth of characters to follow. Beyond the five fore mentioned characters you have the members of Zissou’s crew, his business associates, and pirates that pop in and out of the picture and while that may seem a bit daunting Anderson eases them in and out of the story giving us plenty of tidbits into these characters defining them all and keeping them all unique with their own individual identities.

The cast is full of A talent across the board with Bill Murray staring as the elusive and wounded Zissou. Deadpan and a bit angry, Murray paints Zissou with sadness and self pity behind his front of cocky and selfish persona he puts up to the public. Slowly tearing down his guard are Cate Blanchett as fast talking reporter Jane Winslett-Richardson and Owen Wilson as his “might be son” Ned Plimpton. Both delivering performances unlike anything I have seen from either of them, both just as fragile as Zissou they are overcoming their own personal crisis as they serve as catalysts for Zissou’s turn in character and perspective on life. Delivering great secondary work to the picture is a list of who’s who of great character actors in Hollywood. Angelica Huston, Willem Dafoe, Jeff Goldblum, Michael Gambon, Noah Taylor, Bud Cort, the film is just full of great actors, so much so that I can’t single out their excellent work they all deliver. Dafoe deserves special mention if anyone does for his delightfully bizarre and child like right hand man for Zissou. Constantly stealing scenes there is never enough of him in the picture and he is the most memorable character beyond Zissou.

The film itself is expertly crafted in all facets of the production. The script is clever and quirky by Anderson and Noah Baumbach. The tone is a bit silly and tongue and cheek as it pokes fun at the genre and delivers ridiculous and hilarious action scenes that are beyond absurd; and that’s a good thing. The film moves along at a whip pace and never dulls or bores even when the tone changes at a breakneck speed. The film also sports some wonderful stop motion animation from Henry Selick as he and his team created some imaginative and colorful creatures to inhabit the undersea world of Steve Zissou. The creatures range from funny, unique, and bizarre, but entirely original and they make you wish we got more glimpses into this underwater wonderland. The films soundtrack is also quite fantastic and includes a number of Bowie songs rearranged acoustically by one of the films star Seu Jorge who plays them throughout the course of the film on his guitar around the ship. Anderson also stages some fantastic shots using a very stage like cross section of the ship that allows for a couple of long takes that take us around the entire ship from room to room that truly impress. There are also quite a few great sight gags, Hennessey’s Arian crew, little bits in the background that reward on repeat viewings, the quirks of the underwater creatures, and the fore mentioned action scenes provide a number of well earned laughs from the viewer.

In the end, The Life Aquatic with Steve Zissou is Wes Anderson’s most grand effort to date and the result is a slowly appreciated film that rewards more and more on subsequent viewings. An odd and completely different experience that really has few comparisons out there it’s hard to really gauge after your first time through with the film. Few films have grown as considerably in my eyes over subsequent viewings as this film but once you grasp what Anderson was going for the film becomes considerably rewarding. Murray’s Zissou is a classic character of the decade and his adventure for the “tiger shark” makes for some great cinema and a film that feels unique and original which is something we don’t get enough of nowadays.

Previous Movies in “The Decade’s Best”: 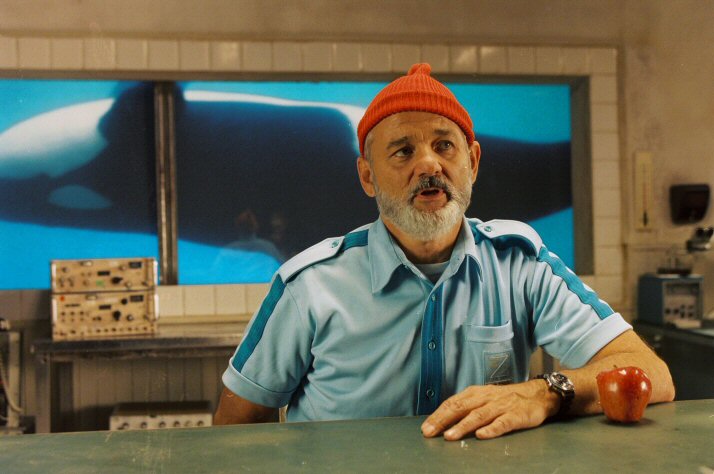