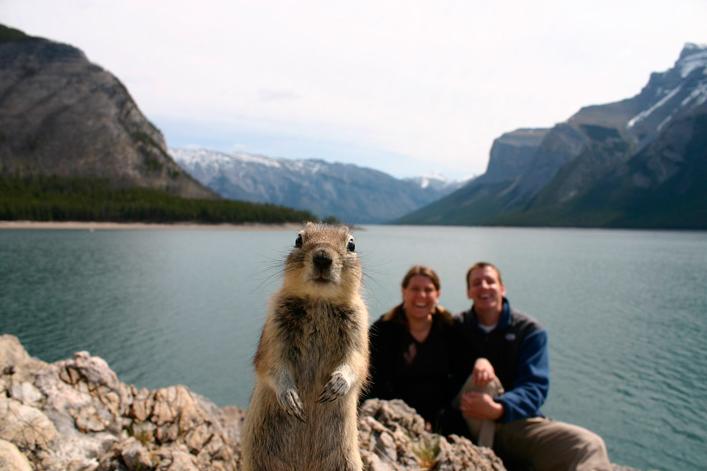 Photo and Caption by Melissa Brandts

August 7, 2009
My husband and I were exploring Lake Minnewanka in Banff National Park, Canada, when we stopped for a timed picture of the two of us. We had our camera set up on some rocks and were getting ready to take the picture when this curious little ground squirrel appeared, became intrigued with the sound of the focusing camera and popped right into our shot! A once in a lifetime moment! We were laughing about this little guy for days!