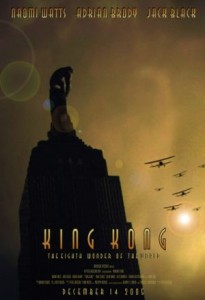 This is the first of a new column I will be writing for the remainder of the year culminating with a best of the decade list when it is all said and done. It’s almost hard to believe the first decade of this new millennium is almost over, but that just means we get to start debating what were the best films of this young century and why we think so. Over the next six months we will have a series of essays of my reflection and discussion on what made these films great to me and why I would love for you readers to seek them out. So sit back, take a gander, and let me know what you think. Agree, disagree, call me an idiot, but let me know in the comments why you loved it, hated it, or thought these films were just ok. So without further ado I give you my first entry into the series…

Peter Jackson’s – King Kong (2005)
After Peter Jackson finished the Lord of the Rings trilogy he could have made any, and I mean any, film he wanted to. He could have released a three hour film about a box of Cheez-it’s that cost 100 Million to make and it would have made its money back; well maybe. But Jackson choose to dive head first into another classic tale and one that he had held dear since his childhood, King Kong.

Jackson adored the original and wanted to bring it to life for a new generation from his point of view on how to best tell the story and the results are stupendous. The spectacle and scale on hand for the picture is just astonishing. Assembling a solid ensemble of Naomi Watts as Darrow, Jack Black as Denham, and Adrien Brody as Driscoll he pegged a couple Oscar nominees/winner and got solid dramatic work out of an unproven outside the comedy genre. Jackson also did some solid casting at the second tier as well with the great Kyle Chandler hamming it up as Bruce Baxter and Thomas Kretchmann to play the hardened captain of the Venture. His best casting might have been in letting Andy Serkis back into the mo-cap room to bring Kong to life in convincing and heartbreaking fashion.

Serkis’ performance paired with Weta’s best work to date animating Kong was a site to behold on the big screen. Giant beasts have never looked better then the savage Kong who had a history just by looking at the scars and disfigurements all over his body. Added to the brilliant character design was impeccable animation that allowed you to connect and feel for Kong as his face was full of life and expression.

Kong would have been enough to wow the crowds, but Weta went even further with their meticulous recreation of NYC of the era and some incredible shots that are all digital that look so good it’s almost impossible to think they are fake. Added on top of this is scene after scene of new bugs, creatures, dinosaurs, and monsters roaming Skull Island and the diversity of the beasts is staggering. Jackson’s creativity and design team helped Weta bring this amazing world to life through its inhabitants and the action we get to see unfold in it.

And the action is jaw dropping. The brontosaurs stampede through the valley is simply a scene that is almost untouchable at the sheer scale and intensity when it comes to fantasy films. These huge beasts plowing through the ravine, on the run from some raptor like predators, all the meanwhile our heroes and hapless crew are being trounced and destroyed as they try to survive running through the mess of feet below. From the big cliff edge u-turn to the massive pile up of the finale your jaw is on the floor and you believe this world is real.

Just when you think Jackson can’t top that, he pulls out one of the most epic fights of the decade in Kong vs. the T-Rex’s. In absolutely brutal and epic battle spanning all over the island, in not only serves as an amazing action sequence and effects display, but builds characters arcs as the fight goes on and our damsel and her beast begin to understand one another.

Jackson never lets go of the viewers neck once we step foot on Skull Island and somehow manages to also make us fall for Kong and the good that resides in the beast. It all culminates in the heartbreaking, tear inducing, finale through the streets of New York City and to the top of the Empire State Building that is as awe inspiring as anything on Skull Island both technically and blows it out of the water emotionally. I still have trouble watching this film once it gets to the third act and it is a struggle to be able to even watch once Kong heads up that fateful climb.

The only thing you can really ask from the film to be changed is exercising the Jimmy/Hayes plot which serves zero service to the overall proceedings and would tighten up the film to almost a fever pitch pace, even at three hours, if removed.

In the end, King Kong is an epic fantasy adventure that is old school story telling at its best. A simple plot, beast take girl, boy save girl, girl try and save beast, Jackson fills the screen with relentless wonder and non-stop action, thrills, and beauty. A truly spectacular display of storytelling, special effects, and imagination, one can only harbor a few minor complaints along the way. Jackson solidified himself as one of the top directors of his generation with this film and has one of the most impressive resumes of the decade; one that he can maybe even put over the top if his adaptation of The Lovely Bones goes over well at the end of this year. See King Kong for the classic tale, outrageously insane special effects, and one of the most tragic and heartbreaking characters ever to be created for the silver screen in Kong. 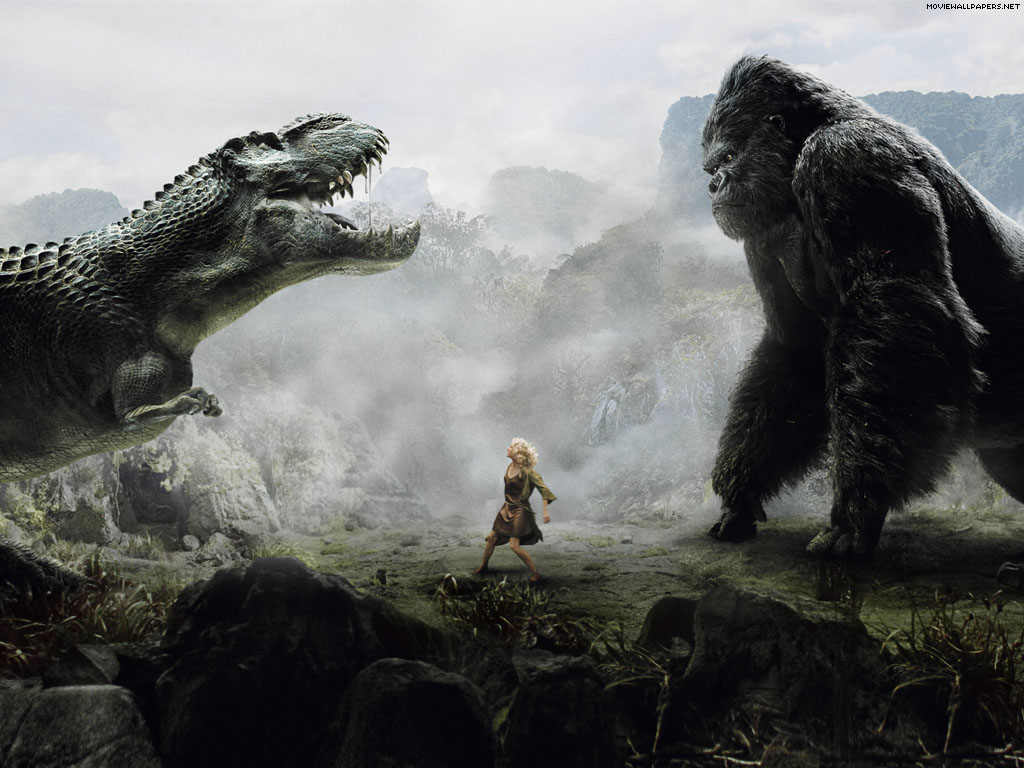