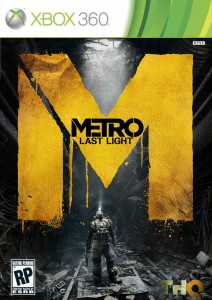 I feel like the 2010 game Metro 2033 went relatively unnoticed. This is a sad thing because it was a fairly decent shooter with an engaging and well thought out story. Metro 2033 is based off the book of the same name. Set in a nuclear destroyed Moscow you play Artyom, who has grown up underground in the metro system of the city (the surface is too destroyed and irradiated to be habitable). As supplies run low and civil war ensues, Last Light follows Artyom in an attempt to be humanity’s last hope within the underground culture. Even if you haven’t played the first game, Last Light should be able to be played without any prior knowledge of the franchise. However, I strongly recommend you give Metro 2033 a try.

Amnesia: A Machine for Pigs 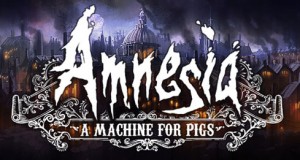 This is the upcoming sequel to the downright scary and freightening Amnesia: The Dark Descent. Now let me get something through to you guys. I don’t scare easily. I’m not trying to sound like a badass, but it’s been a long, long time since a movie genuinely freaked me out. Now with that said. Screw Amnesia. Seriously, not since the first Dead Space have I copiously screamed like a sissy at my monitor. Heck even the title reads creepy. A Machine for Pigs? What does that even mean?! I will play it, and possibly resort to the fetal position.