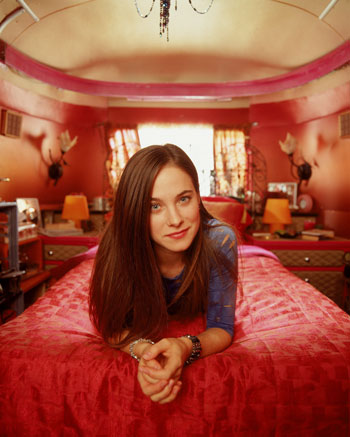 Jane is a college educated sales clerk at a tourist shop at Niagra Falls. Her philosophy degree from Brown University gets her no where and it’s pretty apparent her life is not on the track she wanted it to be. One day a tiny Wax Lion with a smashed face starts talking to her. He gives her instructions to help people. Throughout the series many different figurines talk to her and inform her to help different people. The show sounds a little wacky, and it is. I almost gave up on it at first, but after the second episode you start to relate to the characters very well.

What happened? Bryan Fuller is a genius. Creating shows like, Dead Like Me, Wonderfalls, Pushing Daisies, and being a head writer on Heroes for a while. However, he is very good at creating a captivating show, his record as a show runner is not very good. His shows are all a bit different and mass audiences don’t connect with them as much. There is a certain amount of suspension of disbelief required to enjoy one of his shows. This show was canceled mainly because of poor ratings. Although moving it’s timeslot without advertising didn’t do much to help. 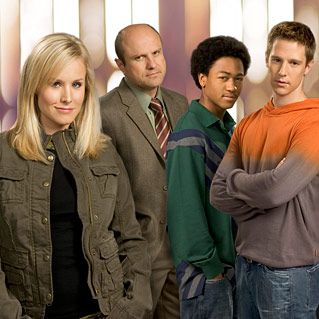 Maybe one of the best shows that was never watched that much. It followed the title character, Veronica, through her life in high school. Oh, and did I forget to mention she is trying to solve the murder of her dead friend? Veronica lives in a town where the rich and poor are divided and she is stuck somewhere in the middle. Until the year before, even though she didn’t have a lot of money, she was part of the 909ers, a group of elite children. When her father, the sheriff, accuses Jake Kane, a software billionaire and Neptune’s biggest money maker, of the murder of his daughter everything goes to pieces. Veronica loses her friends and her dad loses his job, and her mother runs away. Luckily for us in the face of all this Veronica is a spunky and highly intelligent girl. Using detective techniques she learned from her father she pieces the mystery together one piece at a time.

What Happened? Poor ratings. Although a huge critical success Veronica Mars kept improving slightly, but unforntunately not enough to keep going. The network is there to make money, and it just wasn’t. The head of the CW did seem to express regret that it wasn’t being picked up for a fourth season. Creator Rob Thomas has been in talks with Kristen Bell to do a film based on the series, but it may potentially never happen, and if it does it is a few years down the road.