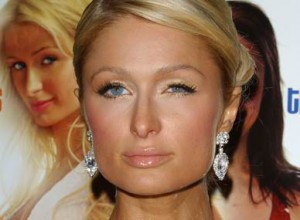 And she has a lazy eye too.

Well, he doesn’t use those exact words, but he might as well had.

“You look at the red carpet, Paris Hilton, you know, these people and you think, ‘Is there anything going on up there?’ “, he told magazine Star Pulse.

“We’re living in a pretty strange time,” he said. “I went into a shop to buy my wife some clothes and I wanted them gift wrapped. And they had this big plasma screen on with these women on the catwalk. I thought, ‘God almighty, what have we become?’ These girls—anorexic, walking like machines, no soul.”

“It’s a mass enslavement and it’s kind of fascism. And it’s the androgyny of it; the androgyny of the human soul. I don’t think people think anymore,” Hopkins said. “But maybe I’m just old.”

Ok, so maybe he does a little more than calls her stupid, but still I found it entertaining none the less. I’m tired of these pseudo celebrities who are famous for nothing other than being a rich socialite. They somehow capture the public eye, but they do nothing to earn it. I’m not knocking fame, when fame is earned I respect it highly. When you are the daughter or someone rich, and you make a sex tape? You don’t need to be famous, and so no one is confused I AM talking about the Paris Hiltons and Kim Kardashians of the world.