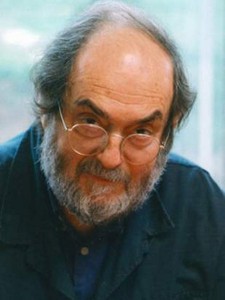 I am sure the headline to this story looks like sensationalism, but two of the stars of next month’s Iron Man 2 have been tapped to star in Lunatic at Large. The story comes from a story by Stanley Kubrick along with novelist Jim Thompson.

The film apparently was originally going to be shot in the 60s, but dropped out to shoot Spartacus at the behest of actor Kirk Douglas. The film is set in 1956 in New York City. It centers around an angry and bitter ex-carnival worker. The audience must work out which of the characters in the film is an escaped axe-murderer.

The idea sounds great, but so did A.I.: Artificial Intelligence, the film based off of a treatment done by Kubrick, and adapted by Stephen Spielberg in 2000. I still maintain that is probably one of the worst films in Spielberg’s entire catalog. Both directors are great in their own way, but they each have their own unique visions. A.I. came off as schizophrenic, with ideas that battled each other for dominance. Hopefully this project can find a suitable director to do justice to the Kubrick treatment.

They’ve started out nicely by casting two great actors. I’ve made it no secret just how great I think Sam Rockwell is. He is one of the most solid actors in Hollywood currently, and his career should bust out a bit more after his role in Iron Man 2 in May. Scarlett Johansson will bring a bit more press to the project, so I can’t really say a bad word about her.

What do you think about this project? Let us know in the comments.