Over the past year, Marvel has been releasing reprints of Miracleman (every issue has been out of print for the past 20 years) from British publisher Eclipse Comics. The book was written by Alan Moore and featured art from Alan Davis, Garry Leech, Chuck Austin, Rick Veitch, and John Totleben. Neil Gaiman and Mark Buckingham would pick the book as well.  The character has been involved in a decades long legal battle over who really owns the rights. At last years Comic Con, Marvel announced that they finally had the rights to issues and they would begin to republish the single issues in their original form.

This December, Marvel will release the first new Miracleman story in 20 years in Miracleman Annual #1. The book will feature an all new, never before published story by Grant Morrison.   The “long lost” story will be drawn by current Chief Creative Officer Joe Quesada, Vulture.com reports.

Is this a legit “lost story” written by Grant Morrison in the 80’s or is it something that the powers that be at Marvel have come up with as a ploy.  I refer you to The Sentry.  A “long lost” character  that was supposed to have been created by Stan Lee (shocker, he wasn’t). It was all a set up to garner attention of a new book and new character.

Whether it’s real long lost story or not, it’s exciting to see one of the best writers in comics take on the character.  The book will also feature a back-up story by Peter Milligan and Mike Allred along with a pair of variant covers by Gabrielle Del’Otto and Jeff Smith.

Here’s a look at some of Quesada’s pages from the book.  Credit to Comic Book Resources for the images. 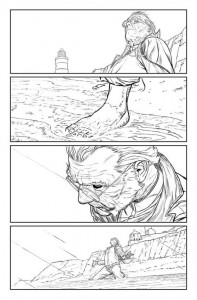 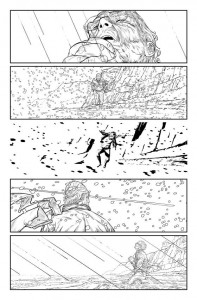