Yesterday, on Friday July 23, Kings of Leon came to St. Louis. The band is best known for their songs “Use Somebody” and “Sex Is On Fire.” Unfortunately for thousands of fans at their concert last night, not much of a show took place before the band stormed off the stage. 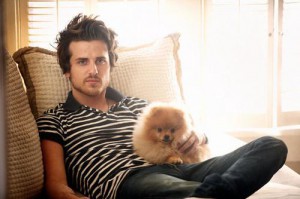 After only playing three songs, the RFT says that the band took off – followed by one of the staffers coming on stage saying “due to concerns over the band’s safety, we are canceling the show. Please file out in an orderly fashion.” After the controversy, the band’s drummer Nathan Followill Tweeted:

@doctorfollowill So sorry St. Louis. We had to bail, pigeons shitting in jareds mouth. Too unsanitary to continue.

@doctorfollowill Don’t take it out on Jared, it’s the fucking venues fault. You may enjoy being shit on but we don’t. Sorry for all who traveled many miles.

So sorry that Verizon Wireless Amphitheater didn’t go and round up all of the birds in the sky before you played your show, Kings of Leon. I didn’t realize that was in your contract. Are there any other requests before you play your next show in Chicago tonight?

LISTEN TO AUDIO FROM THE SHOW! [audio:https://www.reviewstl.com/wp-content/uploads/2010/07/kol_verizon_wireless_stlouis_birdpoop_07232010.mp3] (15 minute mark is announcement that the show is canceled)

**UPDATE** Read the official statement released by the publicist for Kings of Leon here!

Tonight, July 24, Kings of Leon are playing a show at the First Midwest Bank Amphitheatre in Chi-Town. Keep your eyes to the sky!

What do you think of what happened? Tell us in the comments below!