“Incarceron” Rights Picked Up By FOX 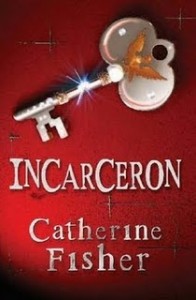 Ever since the Harry Potter series debuted, studios have been looking for their own cash cow. A series that has a group of sustained users, and the ability to have a huge market draw. The Potter series had all of this in spades, and since it is possibly the biggest book series of the last century, there was no doubt it would be a blockbuster. More and more young adult and children books adaptations come out every year. This year has already seen one with Percy Jackson and the Olympians: The Lightning Thief, which still has a slim shot of producing a few more films.

Now it seems that Fox 2000, a 20th Century Fox banner, has picked up the rights to the young adult series Incarceron.  Fox 2000 will be producing the film with Hugh Jackman and John Palermo’s Fox based company, Seed Productions.  They are trying fast track the project fast as possible, and are going to quickly grab a director and writers.

Incarceron tells the story of a 17 year old boy, Finn, trapped in the prison of Incarceron, a prison so vast it almost seems a world unto itself. No one believes you can escape, but one day Finn finds a crystal key which allows him communication with the warden’s daughter, Claudia, and they plan their escape. However, there might be more to Incarceron prison than meets the eye.

I’m much more for Hollywood adapting books than I am constantly rebooting previous films, but only when they do it right. When The Golden Compass was announced, I was happy to hear the news, but as I heard more and more about the changes, I got a little bit more weary. I can understand changing something a bit to aid its quality in adaptation, but when you change around much of the core story, you for one alienate the core audience, and you ruin what made it popular in the first places, it’s story.