It’s that time of year again.  The beginning of the Nerd Year.  The San Diego Comic Con kicked off yesterday with a bang.  Here’s a rundown of what was announced.

1) DC Comics and Warner Bros debuted the costume for their new show Arrow.  The show has been kept under wraps for the most part, but we do know it will follow Oliver Queen/The Green Arrow.  It will NOT be a Smallville spin-off.  New show, new Green Arrow.  They also showed off a very familiar mask. Arrow debuts October 10th at 8/7 Central on the CW. 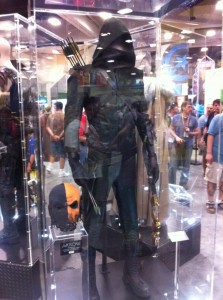 2) Warner Bros & Legendary Pictures showed off the new Superman suit for the upcoming Man of Steel. Man of Steel is a reboot of the Superman franchise.  Directed by Zac Snyder (300, Watchmen, and Dawn of the Dead) and produced by Christopher Nolan (Batman Begins, The Dark Knight and The Dark Knight Rises). Man of Steel opens June 14, 2013. I personally dig the suit. 3) DC’s big announcement on Thursday was that Neil Gaiman was returning to Vertigo.  He would be teaming up with J.H. Williams III to write a prequel mini series to Sandman. Consider your fanboy minds blown. 1)  Marvel announced that with issue #58, Jeff Parker’s Hulk series will be retitled Red She-Hulk.  Instead of focusing on the Red Hulk (General “Thunderbolt” Ross), the book will be about Ross’s daughter and Bruce Banner’s old flame, Betty Ross (the Red She-Hulk).  Parker will be joined by on again/off again Hulk artist Carlo Pagulayan.  Look for Red She-Hulk to hit stores in October. 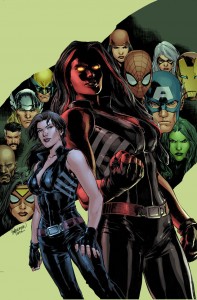 2)  In Marvel movie news, David Slade (30 Days of Night, Hard Candy, and Twilight: Eclipse) has dropped out of the Daredevil reboot due to scheduling conflict.  Also, Fox has announced that Chronicle director, Josh Trank, will helm the Fantastic Four reboot.  The interesting part is that Fox needs to fast track both of these films in order to keep the rights.  If they don’t get them in production soon, Marvel/Disney will get the rights back.  I pray that happens.

Other announcements were that IDW is going to put out Artist Editions of Gil Kane’s Spider-Man, Mad Magazine, Mark Schultz’s Xenozic, and Dave Stephen’s The Rocketeer.  The Artist Editions are over sized books that put together the stripped down version of some of the most influential artists in comic history.  They are beautiful books (if you can afford them).  The Rocketeer and John Romita’s Amazing Spider-Man are two of the most gorgeous books I have ever seen.  The new volumes should start rolling out in October. 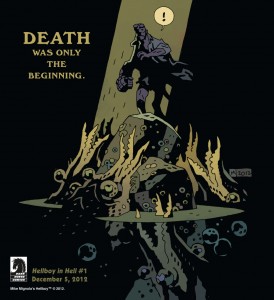 The other huge announcement came from Dark Horse.  This past year saw the death of Mike Mignola’s creation, Hellboy.  This December, Mignola returns to write and draw Hellboy in Hell.  This has been kept very secret, but I’ve heard rumbling’s that it’s Dante’s Inferno with Hellboy.  Mignola’s one of the greatest writer/artists in the business today.  I can’t wait to see him back on interiors.

Hope everyone has great weekend and don’t forget to check back as I give updates on all the comic related news coming from Comic Con 2012!