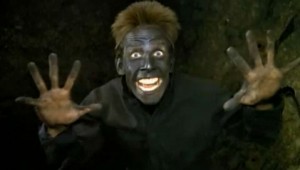 Ben Stiller recently talked to Empire about the long awaited sequel to the comedy Zoolander.

Where it’s at is we’ve completed the script, Justin Theroux and I, and handed it into the studio.  Now the studio has the script and we’re at that point where we’re waiting to see what they want to do. It’s ten years later and most of it is set in Europe. I don’t want to give away too much, but it’s basically Derek and Hansel ten years later – though the last movie ended on a happy note a lot of things have happened in the meantime. Their lives have changed and they’re not really relevant anymore. It’s a new world for them. Will Ferrell is written into the script and he’s expressed interest in doing it. I think Mugatu is an integral part of the Zoolander story, so yes, he features in a big way.

I know a lot of people that love this film and think it’s hilarious, but I am not one of them.  I just think it’s stupid.  But there is obviously enough interest out there to warrant a sequel.  I can’t imagine the studio telling them no so my guess would be we have a film out by summer 2012.  Time will tell.

Are you a fan of Zoolander?  Do you think it deserves a sequel?  Let us know in the comments below.