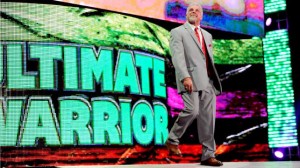 The Ultimate Warrior makes an appearance on RAW the night after Wrestlemania, the day before his death. © WWE.

The Ultimate Warrior signing autographs before Wrestlemania 30, just days before his death.[/caption]Legendary WWE superstar Ultimate Warrior is dead. The former world heavyweight champion, who gained global fame in the 80s and 90s with the World Wrestling Federation, collapsed outside his hotel room in Arizona around 5:50 p.m. on Tuesday. He was pronounced dead at the hospital. Warrior was 54 years old.

This shocking news comes just one day after Warrior, born Jim Brian Hellwig, was seen on WWE TV’s Monday Night Raw. Warrior had been inducted into the WWE Hall of Fame on Saturday night. The Warrior speech at the Hall of Fame was seen as vindication by many wrestling fans, as Warrior had a tumultuous relationship with the WWE following his departure from the company in the 1996. Warrior and the company spent years embroiled in lawsuits following a DVD titled “Self-Destruction” portrayed the Warrior as an ego-maniac. Hellwig legally adopted the name Warrior in the late 90s, and spoke of embodying a warrior-like lifestyle of pushing his body to the limit. Warrior frequently spoke out against drug usage, referring to several past wrestler as weak-minded due to their abuse of substances.

The wrestling icon gained global notoriety after his WrestleMania VI victory of then champion Hulk Hogan. Warrior left the company soon after, citing contract discrepancies with  owner Vince McMahon. Fortunately for wrestling fans, it seemed the Warrior and McMahon had buried the hatchet with Warrior’s Hall of Fame induction, multi-year deal with the company, and appearance in WWE2K14. Warrior leaves behind a wife and 2 daughters. 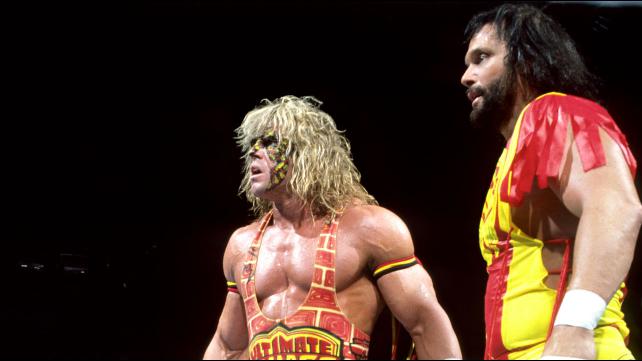