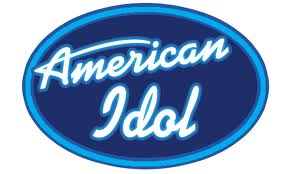 Writer vs Musician: Idol (5/11/11) by Jeff Siler and Topher Schaller

I think after this week I have come to the conclusion that the judges on this show are really not fit to judge a singing competition. Maybe that’s why I don’t like to listen to them and here their praise for every single song and not their opinion, I’m just saying.

This week the Final Four each performed two songs. One was a song that inspired them while the other was a song written by the team of Jerry Leiber and Mike Stoller.

With that being said, I felt that there were some bad performances and some good one this week. Only about half of the performances were great, so there is no telling exactly what is going to happen on the results show tomorrow night.

James Durbin “Don’t Stop Believing”- Jeff: I did not care for his rendition of this song at all. I will admit that I do like the song and I can sing the majority of it if given the opportunity, but James’ version of it was just a little too karaoke for me. I truthfully felt like I was sitting in a bar and listening to some crappy DJ and then this guy come out and does that, really. I like James, but I did not care for this.

Topher: Hands down he nailed this song.  The vocal and theatrical performance was up to the stand I now hold James to, last week was a big disappointment.  The only points I’m going to take away from this performance is song choice. Not because it’s a bad song, but because it has been ruined by Glee and which made is seem a bit safe.

Haley Reinhart “The Earth Song”– Jeff: So, I had never heard that song before she performed it and after the performance I am kind of glad. It was very pitchy at times and it seemed like she was screaming throughout the last half of the song. I really like Haley but she keeps picking uncommon songs that nobody has heard and that may hurt her this week.

Topher: Instantly I hated this song choice, before she even sang it.  Did she prove me wrong? Nope.  It was very dry and not a great vocal performance.

Scotty McCreery “Where Were You When The World Stopped Turning”- Jeff: I really did not care for this performance. It kind of seemed like Scotty just picked an “All-American Song” that would get him some votes because of how patriotic he is. It wasn’t surprising being that Scotty doesn’t do any songs out of the Country Genre.

Topher: I know I shouldn’t say this, and will probably catch grief from it, but this song was super safe and kind of lame.  In the wake of Bin Laden’s death, a country song about 9-11 was the song I knew Scotty would do, so there was no surprise there.  The performance was fair, but didn’t connect with me at home.

Lauren Alaina “Anyway”- Jeff: The song choice was kind of lame and the performance was just as bad. The judges praised her, not a shocker, but I just felt that it was pitchy at times and she just couldn’t keep it consistent throughout. I was very bored by it and I know she could have done a lot better than that.

Topher: Where Scotty went for a safe generic country patriotic song, Lauren went with a song that actually meant something to her (she’s from Alabama, near were the tornado hit), and you could tell the difference in the performance.  Lauren nailed the performance, and even though it wasn’t as glitzy as James’ performances, to me, it was the best performance of the night.

Jeff: When it came to ranking the first half it was kind of hard because I really didn’t love any of the performances at all. I ranked the first half performances in this order: Haley B, James B-, Lauren C+, Scotty C. No one really stepped up in the first half and I was sitting praying that the second half would get much much better.

One thing that really annoyed me was the fact that two of the judges put a heavy push on putting Haley down and when Stephen came in to defend the performance nobody would let him speak, and then later when they gave a recap the producers kept Ryan from going to Stephen for his first half reactions and all J Lo and Randy did was commend all the performers, but Haley. Randy even said it was a three way tie between Scotty, James, and Lauren for best performance. I thought that was really messed up and if she gets voted off then I think it will be because of that.

Haley Reinhart “I (Who Have Nothing)”– Jeff: She completely blew me away with this song! She hit every note perfectly and I absolutely loved the performance. I have noticed that since they went to two songs Haley seems to give a decent performance on her first performance and then give an epic performance with her second one. She got a standing ovation from the judges for the second straight week after her second song.

Topher: She returned with a vengeance, and with a song meant for her sexy gravelly voice. Not the best song of the night, but very close.

Scotty McCreery “Young Blood”- Jeff: Again, I really did not care for this song at all. The performance just didn’t do anything for me. He continually does an upbeat song and a slower song back to back and I just thought that this time the upbeat song wasn’t quite good enough to make up for his first performance.

Topher: After his performance of “Gone” last week, I was ready for a real fun kick your boots up song.  Instead I got this, a song that was funny but not fun, and this late in the game funny didn’t work with me. The performance was okay, but I wasn’t in love with the song choice.

Lauren Alaina “Trouble”- Jeff: I really liked her second performance. It really seemed to make up for the dismal performance that she gave earlier in the show. This was a very well performed version of the song and I loved how she changed it up from what Elvis gave us in his hay day.

Topher: I wasn’t crazy about the song choice, but she proved me wrong.  Her performance was sexy (Ialmost feel bad saying that about a 16 year old girl), and the vocals were strong.

James Durbin “Love Potion #9”- Jeff: James’ version of another Elvis hit was absolutely amazing! I felt that him “rocking it out” gave it that little touch that, what I thought was a bad song choice, needed. James hit all the notes perfectly and it was one of the best performances of the night.

Topher: James went from a “Safe” song to the “WTF” song of the night.  I never thought about a hair metal band performing, “Love Potion #9,” but I now know what it would sound like if I did.  I’ll give him credit for doing the song and the performance what fun, but it also came across a bit cheesy for my taste.

Jeff: The performances got a lot better in the second half, for some, and saved the show. Now for my second half rankings: Haley A+, James A, Lauren B, Scotty B-

This week is going to be a really hard week to predict being that the first half was absolutely  horrible while the second half was absolutely amazing. So, now it’s just seeing who had the best overall night and who didn’t step up their game this week.

I know my reviews may not match my grades but I base my grades off of just the vocals and the review is off of the performance as a whole. At this point I may not like some performance but the majority of them are still very good vocally (they wouldn’t have gotten here it they weren’t.)

Now with that being said I really don’t think anyone is “Safe” this week. Scotty and Lauren could be in trouble because they may split the “Country” vote. Haley could be in trouble because America doesn’t seem to “get” her and with the judges / producers actions this week she may be going home. James may be in trouble because America may just assume he is “Safe” and just fail to vote, and plus I didn’t think his performances were as good as they have been in the past. Honestly, I think one of the girls is going home this week and it’s eventually going to come down to Scotty and James…unless Haley makes it through and steps up hardcore next week. I see a few scenarios going down:

If Lauren gets voted out: 1) Next week Haley will step up her game and secure a place in the Final 2) Haley doesn’t step up next week and we get another all male final.

If Haley gets voted out: 1) Lauren breaks out of her shell and upsets one of the boys next week 2) Lauren does horribly next week and there is an all male final. 3) Scotty and Lauren get the “Country” vote and James gets eliminated setting up for an all “Country” final.

If James gets voted out: 1) The competition gets a lot more heated and close 2) Haley doesn’t stand a chance against the “Country” voters 3) The “Country” vote gets split between Lauren and Scotty, and Haley makes the final against one of the “Country” contestants.

If Scotty gets voted off: 1) The girls overpower James and gain the votes to get the first all female final since Season 3 (Fantasia vs Diana DeGarmo) 2) Lauren gains all the “Country” votes and Haley goes now home.

Now I am kind of hoping that Lauren goes home because I think that next week Haley and James can step up their games and take votes away from Scotty, and plus I think Lauren has too generic of a voice to win this competition. I think it’s inevitable that James and Scotty are both preparing for the final in two weeks so right now the voting is really the key ingredient and I am really hoping that America wakes up and we don’t get a “Country” artist in the final. I’m just saying!!!!