Video Game Review: ‘The Last of Us’ by Naughty Dog 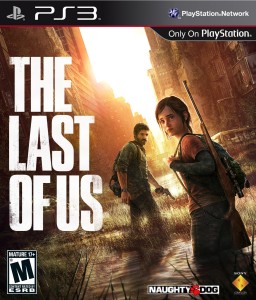 Buy The Last of Us on Amazon today!

Every once in a while a game comes along that completely rewrites what we come to expect. Games like Bioshock, Assassin’s Creed and Uncharted provided new cinematic ways for us to enjoy our games – The Last of Us is no different.

The Last of Us is developed by Naughty Dog – creators of Jak and Daxter, Uncharted and Crash Bandicoot. If you would have told me 10 years ago that the creators of Crash Bandicoot would become one of the most well respected and diverse developers in the industry, I would have laughed at you and continued playing Counter Strike.

The Last of Us follows a theme that’s been prevalent for a while now. Zombies. I know, I know, don’t role your eyes. Naughty Dog has approached the genre with a somewhat fresh take. Instead of being wholly unrealistic creatures like in Resident Evil or any George Romero movie, The Last of Us’ zombies aren’t actually zombies; they just act like them. Think 28 Days Later. The ‘infected’ (which what we’ll call them from now on) are vicious, without conscious, and deadly. The culprit is a very real world fungus called Ophiocordyceps Unilateralis – or Cordyceps for short – that affects insects like ants. In the real world this fungus will latch on to the ant and induce a zombie-like state. The ant will then climb to the highest tree above its ant hill, plant its jaws deep into the tree, then die. Once dead, the fungus will start growing out of the ant’s head and grow like a bean stalk. Once the stalk reaches maturity, it explodes, and rains more fungal spores on the ant’s colony. Cool, huh? Now imagine that crossing over to humans in a much more dramatic and violent way.

After the initial Cordyceps outbreak, the player is transported 20 years into the future. The world has been broken, overrun, and destroyed. The only safe places are military controlled zones (that use to be cities). Humanity is on the fringe, the Cordyceps has taken a foothold within nature and the human race is struggling to not only survive the ravaged infected, but the militaristic rule of the safe zones as well. 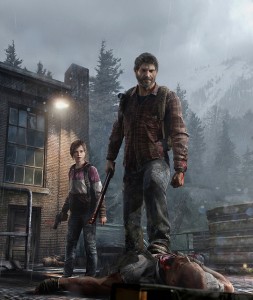 The game mainly follows Joel and Ellie. The player will mostly control Joel throughout the game. He is a survivor, plain and simple. He’s not a good guy; he’s done things that will make you judge his morals. And actually, it’s kind of hard to get a grip on his morals as you play him. In fact, the more you play the more confusing figuring out Joel gets. However, you won’t meet Ellie till about an hour into the game. This 14-year old girl is sarcastic, brave, and loveable – she’s easily half of this game’s charm. The relationship Joel and Ellie develop on their journey is the real story of this game. Naughty Dog has almost perfected the craft of creating a beautifully cinematic gameplay experience. The opening nearly had me in tears and I can only imagine what it’ll do for gamers with kids.

As the game progresses you’re introduced to many characters. This is where Naughty Dog shines. Their ability to truly draw the player into these characters is the real driving force behind this game, not the story. The game features some of the best back-and-forth and cinematic dialogue in any video game I’ve ever played. The motion capture and the all-done-by-hand facial animations just give more credit to the amazing design team. The writing and voice work achieved by the actors is unbelievable. Those interested might like to know that Troy Baker, who voices Joel, also voiced Booker DeWitt from Bioshock Infinite. I think we’ll be a seeing a lot more from this talented actor in the coming years.

Joel and Ellie must make their way across the decaying remains of the U.S. This is perhaps one of the most beautiful games to embody the theme, ‘beauty in chaos.’ The way buildings topple over each other, the way foliage sprouts from every crack, heck, even the way and sound of rain hitting windows. The world is amazing and begs to be admired and explored. During your journey you’ll encounter friends, bandits, and the infected. 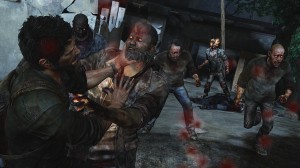 The infected are a great enemy and the AI surprised me quite a few times. There are three different kinds of infected – each representing the stages the Cordyceps takes on its victims. There are runners, clickers and a third that’s best left being revealed the way Naughty Dog intended. Runners are what you’d expect from fast moving zombies. Clickers however, are blind and rely on sound. They’re the best enemy in the game in my opinion – very unpredictable and deadly. Having such a range of enemies is great because each requires a different approach to kill. Joel is no Nathan Drake, and in this world, ammo can become scarce, so, improvising is sometimes the key to surviving.

The levels are quite linear, but you should go in knowing this. It isn’t an open world game, but an exquisitely crafted journey. Naughty Dog has done their best to show you that the world has been rewritten and people are looking for their place in this changed world. The game took me about 13 hours to beat on normal. Sure there’s a plot, even though it’s slightly cliché one, but that doesn’t take away from the real story; a story of resistance, triumph, and uncertainty. The ending is also one of the best I’ve ever experienced. I was sad to see it end, but content in its execution. By the time it’s over you’ll want to sit down and talk about it with friends. It’s that good.

I highly recommend every gamer to give this game a shot. Redbox, Gamefly, borrow, buy or simply go over to a friend’s house. The Last of Us will definitely go down in gaming history as a prime example of video games as an art form. And it shouldn’t be missed.

The Last of Us is available now for the PlayStation 3. 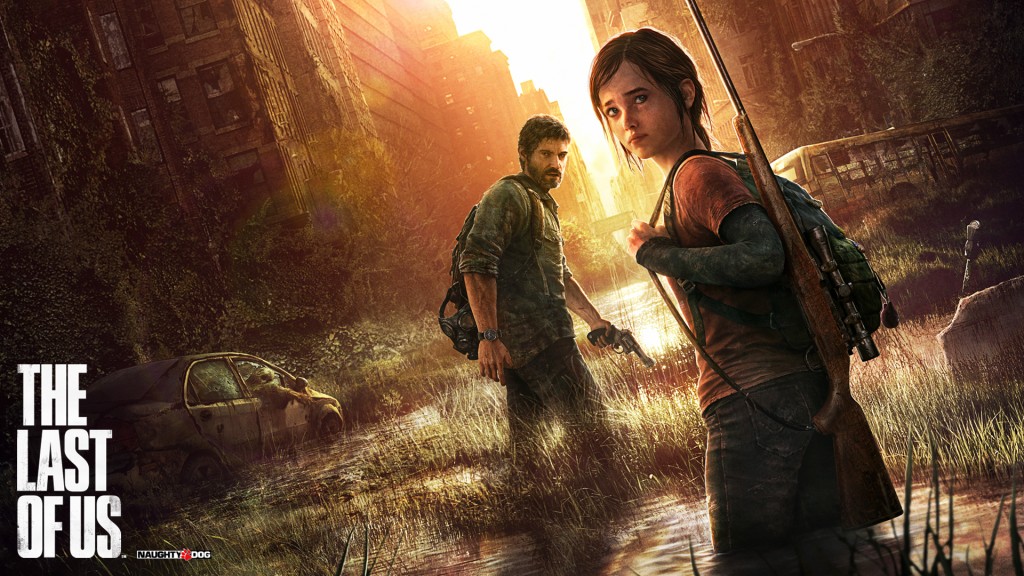