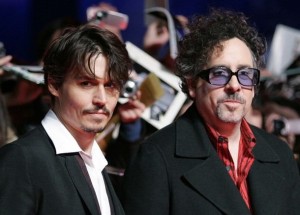 Disney and Tim Burton had an incredible opening weekend with “Alice in Wonderland” – grossing over $116 million domestically and $94 million foreign between Friday and Sunday.  The film broke box office records for weekend openings in March, not to mention Spring.  It is also in the top ten 3D movies of all time – and it is only the first week (Read our Alice in Wonderland Reviews Here)!

The success of Burton’s ‘Alice’ did not go unnoticed – as ABC Family, a sister company of Disney, has acquired the rights to broadcast the blockbuster movie.  The movie should make an appearance on the network sometime in 2012.

ABC didn’t stop there however.  They also acquired the broadcast rights to “The Blind Side,” which grossed unpredictably high numbers and smashed all expectations.  The film made over $250 million dollars worldwide, on only a $29 million production budget!  Sandra Bullock won the prestigious Academy Award  for best actress for her starring role in the film (Watch Sandra Bullock’s acceptance speech here).

It is not announced whether or not ‘Alice in Wonderland’ will be broadcast in 3D.  I am sure that a lot of it will depend on where technology is at in two years, and how many people are watching things like that at home.