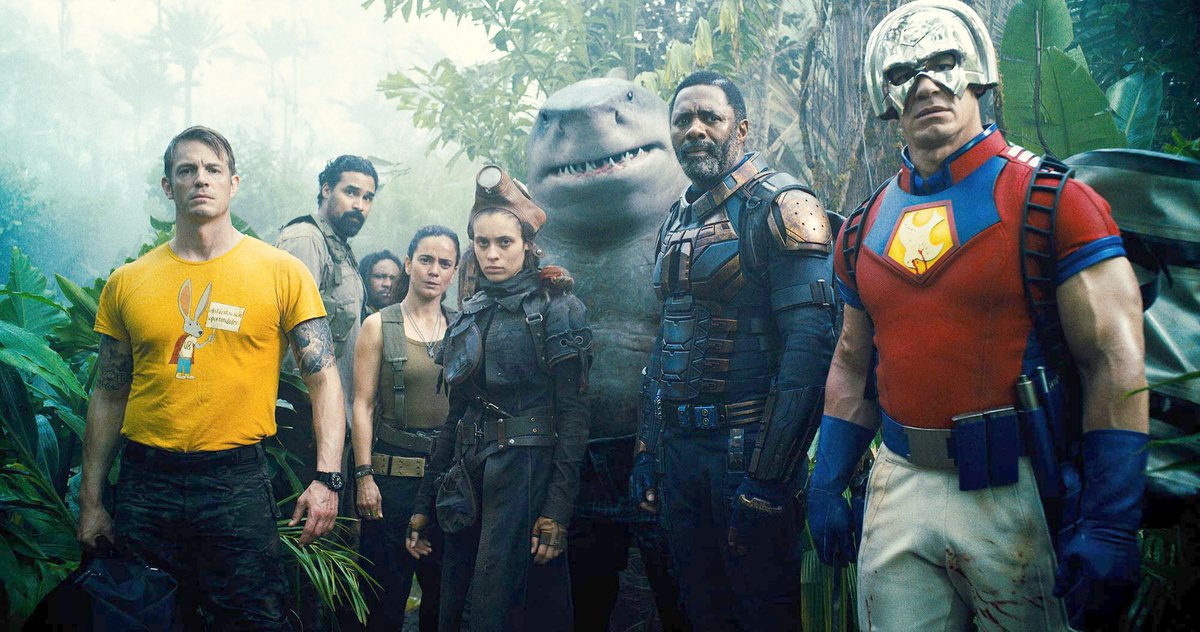 I’ve got a confession to make: I’ve been pretty burned out on comic book/superhero media.

Sure, back when the Marvel Cinematic Universe hit its prime, I was fully on board. I loved the action and the visuals and the humor. I loved the Dark Knight trilogy, as Christopher Nolan is one of my favorite filmmakers. And the DCEU? Well, they’ve been… trying.

Over the last few years, though, maybe it’s just overexposure, but I’ve gotten to the point that each new release gets less and less exciting. I loved the closure that Infinity War and Endgame brought to the MCU phase, and I’ve certainly enjoyed some of the other newer releases, but when you tally up the total number of films based on Marvel and DC properties that have come out in the last 15 years or so, plus all the streaming series and TV shows (I made it through one episode of “Wanda Vision,” and that’s been it), it’s hard not to think we’ve been at least a bit worn down by the media.

And so it was with mixed expectations that I went into the theater to see The Suicide Squad. I’m a pretty big fan of James Gunn’s work (Guardians of the Galaxy and Vol. 2 are two exceptions to my burnout), so I was hopeful that he might be able to re-ignite my interest.

If it wasn’t obvious from the redband trailer or, you know, the R rating, The Suicide Squad is definitely a departure from the cleaner MCU and DCEU films. People are shot, torn in half, exploded on-screen, and the dialogue is a bit more vulgar, so if you have children and are uncomfortable with exposing them to this type of media, keep that in mind.

Meant as a standalone sequel to Suicide Squad, the film has a similar premise but essentially has nothing to do with the 2016 film. Recruited by Amanda Waller (Viola Davis), the suicide squad is comprised of inmates who agree to complete a mission in exchange for having ten years knocked off of their sentences. To prevent them from going rogue or escaping, each prisoner is implanted with a chip that allows Waller to kill them should they go off-course. Led by Bloodsport (Idris Elba) and Rick Flag (Joel Kinnaman), the team lands in Corto Maltese to destroy all evidence of a weapon known as Project Starfish.

Perhaps the biggest strength of the movie lies in its character interactions. While some of the characters do have unnatural powers (and two of them are anthropomorphized animals), the characters are less superheroic and more classic antiheroes. With the exception of Flag, all of the members of the squad are convicts of crimes with varying degrees of gravity. They’re not necessarily people you’d look up to, but as you get to know their backstories, the more sympathetic some of them can be. As a massive Ted Lasso fan, Elba’s Bloodsport reminds me a bit of Roy Kent: he can be an insufferable jerk, but as he opens up a bit, he becomes more likable. Ratcatcher 2 (Daniela Melchior) is a thief who can control swarms of rats, but comes across as one of the more compassionate members. As the members intercourse and get to know each other, their personalities shine through and add to the fun.

The two unabashed stars, though, are Nanaue/King Shark (Sylvester Stallone) and Harley Quinn (Margot Robbie). Stallone’s character is a simple-minded shark-man with bullet-proof skin and abnormal strength (think a more violent Groot) whose few lines tend to evoke laughs. Robbie, though, steals the scene every time she appears as Quinn, a former psychiatrist who’s capable of committing atrocities but manages to justify them with her own morality system. In the comics, she can be blindly devoted to the Joker, but here, she’s more than capable of holding her own.

Production-wise, it’s hard to find many faults. The graphical segues are amusing in their own right, and the visuals tend to blend well with the soundtrack.

It may not end up being as big as some of the MCU tentpoles, but The Suicide Squad is terrific in its own right. Gunn did the right thing in demanding that he be allowed to make an R-rated version, as a PG-13 movie just wouldn’t have done it justice. TSS is dark and gritty at times, but that’s what sets it apart from many of its contemporaries. Deadpool and Logan have shown that R-rated comic-based movies can be quite successful, and I expect that The Suicide Squad will not only continue that trend, but perhaps proliferate it.

The Suicide Squad gets an A-