The Playboy Club, H8R, and Free Agents are the first shows to be Cancelled 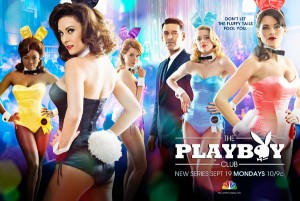 As has been rumored for the last week, NBC’s Free Agents and The Playboy Club are the first two shows to join the Cancellation List or as I like to say Enter the Dead Zone. CW’s H8R also enters this list.

Playboy Club was the first to go on Tuesday after it racked up dismal ratings. Playboy Club was met with skeptics coming in and the show lost advertising dollars for the network because of this and it was a true shame because I liked where the show was going in the first couple of weeks. I’m talking from more of a plot perspective than character perspective, because I know if I say that I like the way the characters are developed I’m going to be looked at as a pervert (Even though I do like how the characters are developed).

Free Agents on the other hand was kind of boring. I watched the pilot and was not impressed in the slightest bit so I’m not surprised to see it go.

NBC has announced that it will air Reruns of the failing Prime Suspects in place of The Playboy Club and it is yet to announce what will run in place of Free Agents.

When it comes to H8R…I never saw the show but according to rating it was horrible and another bullet it takes is the fact that it is on the CW, which neeevvveer cancels shows this early in their run, which also proves that this show must have not been any good. Reruns of Ringer will take its place