The Long Box: Who is YOUR Superman artist? 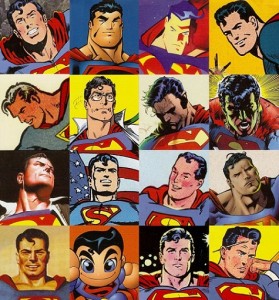 With Man of Steel set for release in the next two weeks, I was thinking back to all of the different variations or concepts that Superman has gone through over the years.  From the original “circus performer” costume to the electric blue version to the current New 52 suit. Over the years, the artists that have taken on the Last Son of Krypton reads like a who’s who of comic legends.

Superman has been around for 75 years. In that time, he has gone through many changes.  His look has been updated time and time again.  He tends to change with the times (need I mention the mullet in the 90’s?).  The Superman that I grew up with was the John Byrne, Jon Bogdanove, or Jerry Ordway versions from the late 80’s and early 90’s.  Superman went from the barrel chested, George Reeves inspired Curt Swan version to a style that looked more like the Arnold Schwarzenegger 80’s action hero. 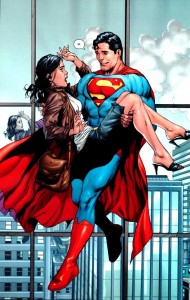 Over the years, I’ve gotten away from the body builder style and gravitated towards the Gary Frank version from Geoff Johns’s run on Action Comics. Frank’s idea that Superman’s strength isn’t from the size of his muscles, but it comes from the genetic make-up.  His body process yellow sunlight into the powers we all know and love.  It didn’t hurt that when Frank drew his Superman, he looked just like Christopher Reeve. Also, his version didn’t have a body builder type of body.  He was built like a an athlete. It made Superman a little more believable, a little more human.

I’ve given you my favorite version, but I want to hear yours.  Leave comments and tell me who your favorite Superman artist is and why.  I will tally the votes and see who you fine folks choose to be the top 5 Superman artists of all time!

Also, check out the gallery bellow to see some of the artists that have worked on Superman.