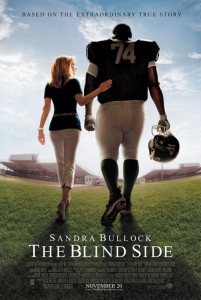 The Blind Side is exactly what it is selling itself as, a heartfelt and emotional inspiring story that avoids sap and stereotypes for the most part to create a film that deserves our emotional response.

Following the high school years of Michael Oher an at risk student who gets a second lease on life when a wealthy family takes him under there care.  Sandra Bullock breaks her type and plays a fast talking southern belle that gets what she wants and delivers a fine performance as a mother bonding with her adoptive son.  Michael Oher was given a chance to get a good education in a good school and while this is being sold as a football film it just as much as a student’s story overcoming his personal obstacles to learn.  The football aspect of the film doesn’t show up until the final third of the film, so don’t expect an all out sports movie here.  Instead what we get, and this isn’t a bad thing, is a wonderful story about family and how anyone can defy there preconceived image and surprise people.

Oher’s journey of living on couches and surviving/escaping the life he seemed trapped in is nothing new, but being thrown into a world where the contrast is so different to his own and with a character as engaging as Bullock’s Leigh Anne Touhy.  The film not only completely sells you on the relationship and bond between Touhy and Oher, but creates a likeable and fun family as well in the rest of the Touhy family.  The youngest Touhy, S.J., will provide a number of laughs throughout the picture and is one of the funnier little kids to pop up in a movie for a while.  Tim McGraw provides possibly his best performance yet as the supportive father role here and proves his acting chops are worth a damn.  Quinton Aaron plays Oher and while he starts off with very little to do as the quiet type, he slowly blossoms into a soft spoken but strong personality that we really can connect with even in the subtle nature of Aaron’s performance.

The film does take a couple missteps along the way though as it relies on stereotypes a bit to much painting blacks as poor and disheveled people with no sign of any examples to prove that this isn’t always the case to be seen.  It also paints whites as all being rich and happy which is quite a stretch as well, but balances things out a bit by grounding Touhy a bit and admonishing stereotypical/racist things popping out of some characters mouths.  Thankfully, this is only a minor occurrence, and most of the emotional pathos are earned in the film from strong connections between characters and not from generalizations and over coming them, I just wish they never crossed that bridge at all.  The film also does a good job at avoiding sappy movie type scenes, and while there were a couple of cheesy lines here and there most moments don’t feel contrived for emotion or unearned.

The football aspects of the film are done adequately as well and actually add to the relationships of the story as well instead of just being some action for the film.  The film also does a good job of explaining the position and game of football as well for anyone that is unaware of the pieces of the game.  So if you are afraid your lack of football knowledge or care for the game will diminish your enjoyment of the film, don’t, this is not a sports movie and there is so much more to it than that.

In the end, The Blind Side is a bit long in the tooth, but for the most part it does what you expect and at a high level.  From the acting, to the story, and the message of the film there is a lot to get behind in the picture and it will be tough for you not to have an emotional reaction to the film.  And while the film doesn’t bring anything terribly exciting or new to genre, the film is so well done, and one of the better brands of this type of film, that it isn’t really an issue; though it keeps it from being a true gem.

The Blind Side is a B 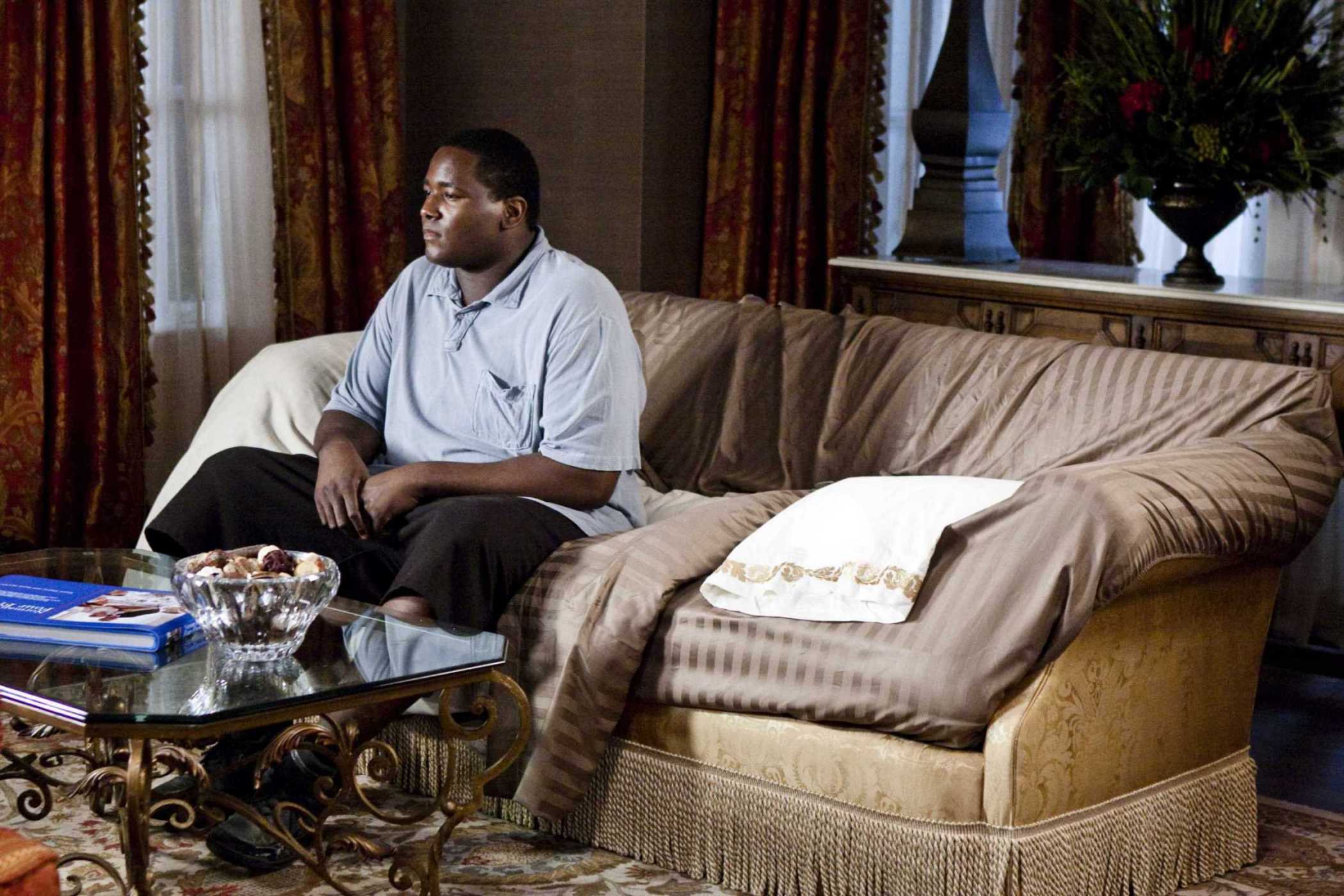