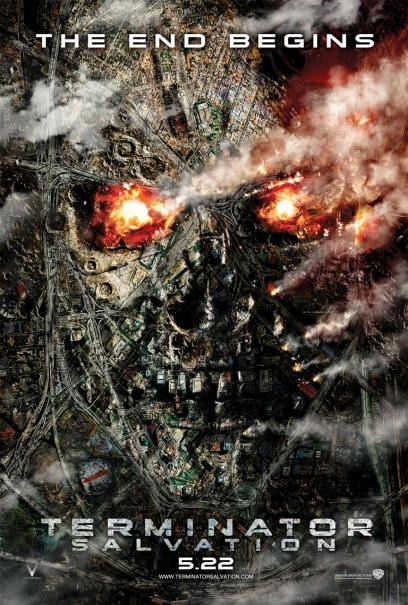 McG’s entry into the Terminator franchise is an action packed spectacle with paper thin characters and story, so depending on your tastes you might get a lot or nothing out of the picture.

The film opens in 2003 with a guilt filled inmate donating his body to the Cyberdyne company in telling him that he is to be used for experiments on extending humanity and maybe even giving him a second chance at life. Flash forward to 2018, and John Connor is leading an assault on the Skynet research facility in which they are to gather intel that the resistance leaders feel could end up ending the war. Upon finding their goal, Connor and his men also find a group of human prisoners and info on some experiments that are leading to an eventual human looking terminator hybrid, the T-800. When Connor reports to back to the top side to check on his evacuation squad, he discovers they have all been murdered or captured by a human transport ship built by the machines to harvest humans. After heading off after the ship, an explosion rocks Connor and his helicopter back to the ground and he is forced to evacuate the scene, the only surviving member of his team. Meanwhile, a few hours later out of the same hole Connor and team went into the research facility, Marcus (the man who turned his body over to Cyberdyne in the beginning) emerges looking the same he did when he was executed and a bit confused to his current situation. Marcus wanders his way into Los Angeles and pairs up with Kyle Reese and the two head off out of town being chased by terminator scouts as they argue about heading to meet with Connor’s call for the resistance as Reese wants or to head north towards Skynet as Marcus wishes. Meanwhile, Connor tries to sniff out what the leaders wanted from the research facility and discovers that they have figured out a frequency in the terminator communication wavelengths that they can use against them to disable the machines. Connor recommends himself to test it out while he tries to find Kyle Reese before the machines do so he can fulfill his ultimate destiny to the resistance. 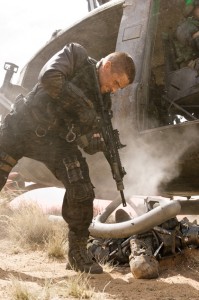 That is enough plot for you all and these characters slowly begin to converge as their goals become entangled and crossed within one another. But with that said, the plot itself goes no deeper really then the summary I just laid before you. The two storylines head down their paths and there is little more to it. The characters also seem very on the surface with little given to us to really care about these characters. It is almost as if they took for granted that people would just be invested because there were previous films about these people. The editing in the film also seems rather disjointed in the first hour except when there is an action scene going on. There were more than one occasions where it feels like decent chunks of narrative where chopped out and it will be interesting to see how the film fills out with that added back in on Blu-Ray and if it helps us to care about these characters a bit more.

Outside the plot and characters one can also complain about the paradoxes and science of the picture. The biggest being the fact that, and this has been an issue since the first film in the franchise, how can John Connor have sent Reese back in time if Reese was the only reason he existed? Or why are seemingly nuclear explosions going off and people can watch them unaffected? Or the science behind a number of aspects of the finale are quite preposterous as well, but with all that said, personally, I am not going to let that ruin a movie for me, because again, it is a movie. One thing that did get me though, was the resistance leaders complete disregard for human life, “It’s a war”, is not a good enough excuse for innocent lives when humanity is on the brink of extinction!

To distract us though from the paper thin plot, characters, and representation of science in the picture is a pretty freaking great effects and action spectacle that when it gets going never really lets up. The effects work and production values are A+ work through almost the entirety of the picture and the action scenes are just as impressive. The major set pieces are found in an extended and intense chase scene through the desert roads as Marcus and Reese flee attacking motorcycle terminators that seemingly is never going to end, and that is not meant to sound as a bad thing. The other action bit is the finale, which is pretty much the last 30 minutes of the film which is an extended set piece for the most part with a brief gap added into the middle of it all. And it is all fun and exciting and awesome looking stuff, but there isn’t a whole lot of weight to it all at the same time; we don’t feel like there are a whole lot of stakes on the table. The action scenes are great and if you are looking for a big old action flick this will give you your kicks viscerally, just don’t expect it to carry a whole lot of weight or emotional punch to it. 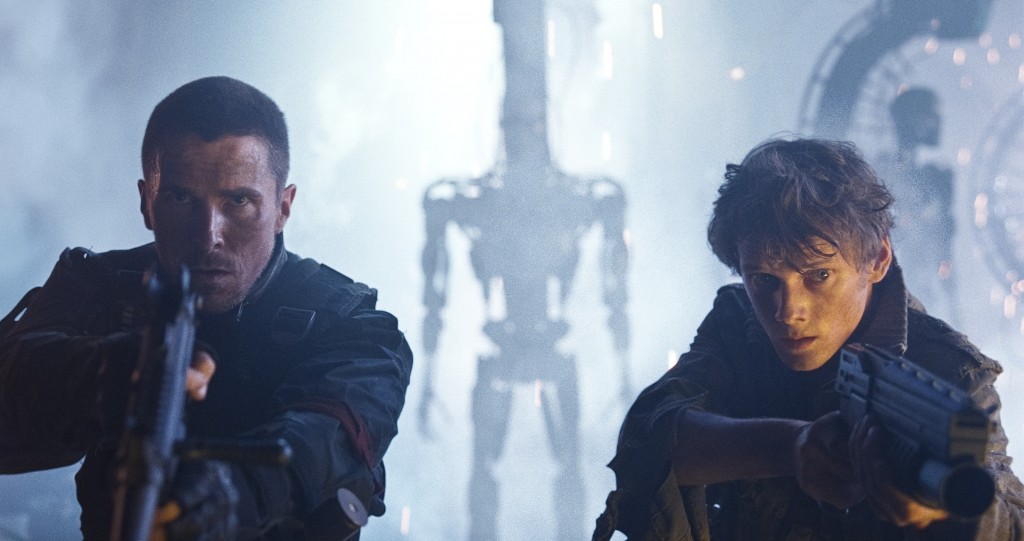 I also need to give credit to McG for creating some really cool and interesting shots that were kind of spectacular; particularly the one in the beginning that follows Connor out of the hole into a helicopter and crashing back down again. The man can shoot some action, and he let the fights breath a bit instead of hyper cutting everything and I applaud that, just give us some more substance man.

The actors in the film are also as good as they can be with the little they are given to work within the script with only a couple of people elevating there performance to really standing out. The first to kind of stand out was Anton Yelchin as Kyle Reese and one of the few characters to show a little bit of life in their eyes. Is he given a couple of horrible lines, yes, but is that his fault, no. We could have used a bit more face time for Reese, but Yelchin makes the most out of what he is given and stands out from the average level of most everything going on besides the action. Sam Worthington, who is apparently the next big thing, also does a fairly decent job as Marcus and creates a semi interesting character with the duality his character posses. He also has a fairly decent bond with Moon Bloodgood who is a fighter pilot for the resistance. The two become intertwined and form a sort of bond with one another and they have some of the most real interactions in the film. Christian Bale as John Connor and Bryce Dallas Howard as his wife Kate are surprisingly uninteresting in the film. I don’t know if it’s them to blame or the material, but Howard is left with little to nothing to do, while Bale shines through on a couple of occasions but isn’t the standout he usually is for the entirety of the picture. Ultimately, none of the actors have a whole lot to work with, and I think that is what makes the non-action elements of the film seem so flat most of the time.

In the end, Terminator Salvation should be taken as a big budget effects action movie and in that aspect it really shines. Underneath all that action is some stuff you can pick apart if you want to forget you are watching a movie and one wishes for more depth with the characters and story, as it would have only elevated the action even further as it would have more weight to it all and felt more important. But the action in the film is big enough, good enough, and long enough to hold or attention and definitely entertains as we are watching. Yes, the ending bit is a bit silly and eye rolling and I am not saying we should excuse the film for not having more substance, but the movie kept me entertained and even thrilled me from time to time based on the action alone. So if you are looking for some shit blowing up action fun, Terminator Salvation has it, just don’t expect the substance or character development of the superior first two films in the franchise.