Something that needs to stop… 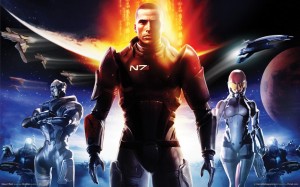 I don’t get fired up all that often, but I have to come out and say how frustrating it is to see some critics refer to movies being, “nothing more than a videogame” or “it’s like watching a video game”.  These people are so oblivious to the medium and shine such a negative light on videogames in general.

I mean, how can someone be so ignorant or make comments about something that they obviously don’t understand.  Video games can be quite compelling, have engaging stories, and fantastic sequences of suspense, action, and humor.  In fact, every year, there is usually a handful of video game that have us much great story telling and ingenuity then 90% of the films released over the same calender year.

Critics need to stop referencing video games as mindless entertainment with shit blowing up.  Yes Terminator isn’t the most thought provoking film and has a lot of cool technical wizadry going on but that doesn’t mean video games are one in the same.

I dare these critics to poor through a game like Zelda, Fallout 3, Mass Effect, Knights of the Old Republic, Resident Evil, Bioshock, Grand Theft Auto, and on, and on, and on I could go, and not tell me that these stories are not only full of substance and story, but are far more compelling and dense then many films.

So please, critics, know what you are talking about when we refer to movies as being like watching a video game, because you probably don’t know what your even talking about.  And maybe you could use your intellect and writing abilities to find a more accurate and descriptive way of describing a movie that is mindless and full of action; because video games are far from being just that.