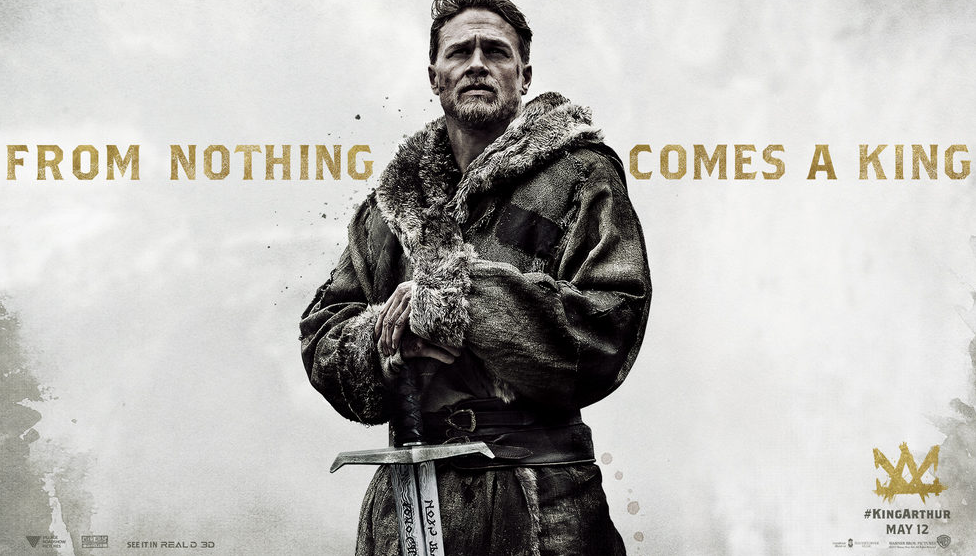 Review: Guy Richie’s ‘King Arthur: Legend of the Sword’ Is a Boring Mess

Hopefully this franchise goes back to the nothingness from whence it came. I never thought I would say that I longed for the 2004 film King Arthur, starring Clive Owen and Keira Knightley. Yet that’s exactly how I felt as I tried to stay awake through the boring, unfunny, and just plain joyless King Arthur […]

Enter to win a pass for two! From the producers of TINKER, TAILOR, SOLDIER, SPY comes the new international thriller CLOSED CIRCUIT. Following a mysterious explosion in a busy London market, the police swoop in, a suspect is detained, and the country prepares for one of the most high-profile trials in British history. Two exceptional […]

Joe Wright’s latest, Hanna, is an assassin picture on the surface but at its heart is a film of self discovery after being trapped in isolation your whole life.  It all works really well, but after one viewing I feel like it is missing that special something to make it incredible. The film is fun, […]

Enter for your chance to win a pass, good for two! Synopsis: Raised by her father, an ex-CIA man, in the wilds of Finland, Hanna’s upbringing and training have been one and the same, all geared to making her the perfect assassin. The turning point in her adolescence is a sharp one; sent into the […]

Mary and Max is another quality animated entry from 09 which has proven to be one the strongest animation years in the history of cinema. This stop motion animated tale is inspired by the director Adam Elliot’s experience with a pen pal and focuses on a long lasting writing relationship between a young girl in […]

Steven Spielberg continued his successful run of historical period pieces with this spy/thriller of sorts following the Israeli reaction to 1972 Munich Olympic hostage massacre that not only captures the tension of assassination, but perfectly conveys the right vs. wrong of the Israel/Palestine conflict. The film opens amid a flashback that we will re-visit throughout […]

This adaptation of Audrey Niffenegger’s novel of the same name is a tad confused narrative full of intriguing sci-fi ideas that slowly comes together by the end. Henry is a time traveler. Disappearing into time at random, unable to take his clothes or any object with him, running around naked can get him into sticky […]

Judd Apatow’s latest is his lesser effort to date, but is still quite funny at times it just drags on a bit to long and doesn’t hit the emotional highs I think it was going for. George Simmons is a comedy superstar. He lives the life of celebrity, alone, in a large mansion paid for […]