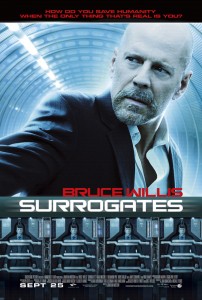 Bruce Willis stars in SURROGATES, a futuristic sci-fi action / thriller that will surprise many this year. The film is based on the five issue comic book series “The Surrogates,” written by Robert Venditti and drawn by Brett Weldele.

SURROGATES takes place in a not-so-distant future; the year is 2017. There are no flying cars. There are no hoverboards. Everything seems pretty much the same as it does in 2009 – except for the fact that almost all of the people you see walking around the city are not human. Rather they are surrogates – robotic, human-like creations that allow their controllers to live a life without worry. These surrogates allow people too look the way they want, and to do things that they want without the risks of disease, fear, or physical harm. No matter what happens – whether they are shot, hit by a car, or even falls off a cliff – the worst that could happen is that a person would have to buy a new surrogate. That is until now.

The first murder occurs in as long as the FBI can remember. Two surrogates are found destroyed in an undocumented fashion outside of a club. Upon further investigation, agent Tom Greer (Bruce Willis) and his partner Jennifer Peters (Radha Mitchell) find that the operators are dead as well. This sparks an investigation to find the truth behind the murders, and to stop whoever holds the technology that could wipe out almost a billion people. The creators of surrogates, VSI (Virtual Self Industries), swear that the deaths are completely unrelated and impossible based on the built-it safety mechanisms. But the agents know that something does not feel right, and set out to get the facts from Dr. Lionel Canter (James Cromwell), the inventor of surrogates, who has been forced out of the company that he started.

Visually, the film does a decent job, but the special effects and make-up are nothing groundbreaking. The problem is that almost the entire world full of surrogates has to be made to look like they are these robotic, better-looking versions of their operators. Throughout the movie, you can tell the difference between the two because the surrogates look almost airbrushed – virtually without flaws. But they aren’t entirely consistent in the film – and some surrogates look just as real as the humans do in the movie. And on the other hand, some of the surrogates look like they are as fake as mannequins. It is understandable that it would be incredibly difficult to turn the entire cast and extras into these perfect-looking human counterparts, but it would have been better if they kept a little more consistency.

Bruce Willis does a fantastic job as agent Greer – a man who is struggling with the loss of his son, and also the emotional loss of his wife (Rosamund Pike). He plays a tormented hero, similar to John McClaine in ‘Die Hard.’ This is where Willis really shines, as he is completely believable in the role. Although Greer uses a Surrogate like most everyone else, he has not completely lost his connection with real people, and wants nothing more than to spend time with his “real” wife. But she, like most of the population, feels naked without a surrogate and hides from the harsh realities of life. The rest of the cast does an ok job, but many performances feel a little bit robotic to say the least. Ving Rhames turns in a good performance as always as “The Prophet,” the leader of a group of humans who are against the idea of surrogates and who wants them all destroyed.

The story and premise of SURROGATES keep it moving throughout the duration of the film. For those who love sci-fi movies and futuristic versions of worlds similar to our own, you will find yourselves completely immersed in the storyline. There is a good amount of action throughout, and although it is predictable at times – there are enough twists to keep things interesting. Overall the film is entertaining, and is worth a trip to the theater to see what turns out to good a pretty good movie.

Surrogates is a C+ 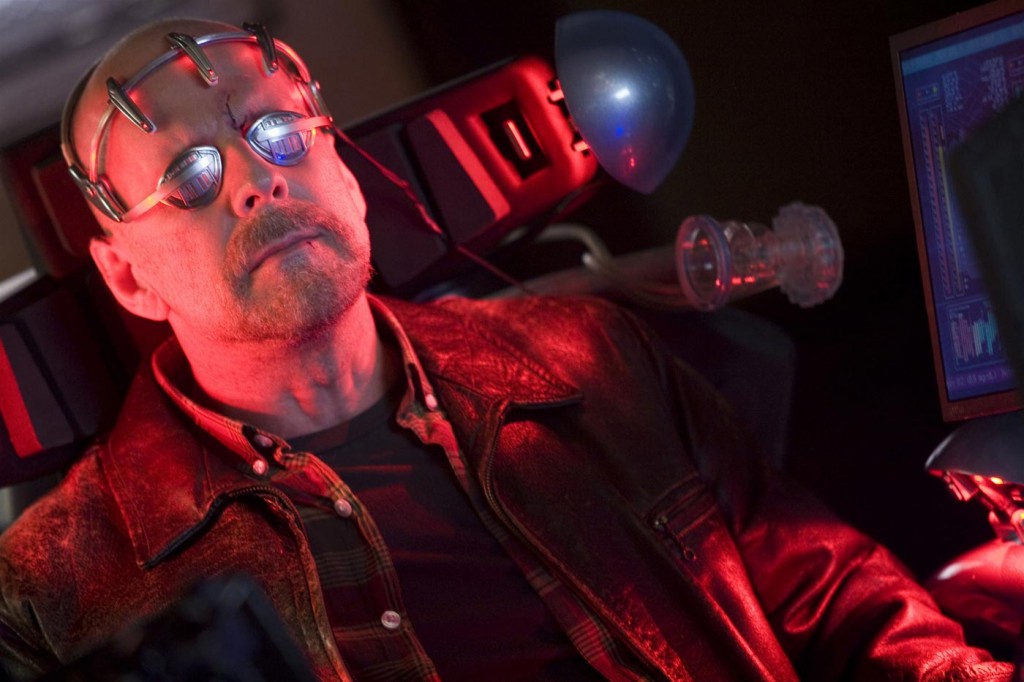