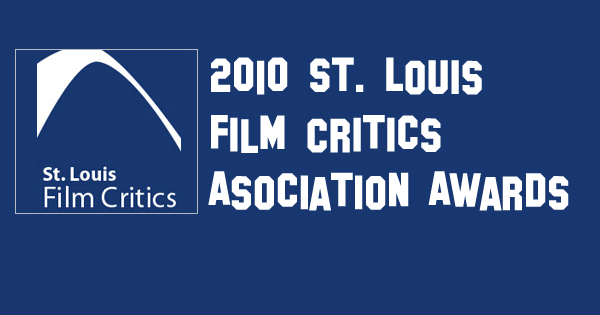 Winners of the St. Louis Film Critics Awards, along with the nominees, are posted on the association’s website: www.stlfilmcritics.org. The results of voting were announced to members at the SLFC’s annual awards party at C. G. Muggs restaurant in Webster Groves, Mo.

To be eligible for an award, a film must have been shown in St. Louis, by theatrical release, at a film festival or film series, or made available for viewing by the SLFC member film critics during the past year.

The St. Louis Film Critics association also confers annual awards at the St. Louis International Film Festival and St. Louis Filmmakers Showcase, both presented by Cinema St. Louis, and sponsors film-related events throughout the year. The mission of the SLFC association is to promote St. Louis as an area that appreciates great cinema and appreciation of great cinema in St. Louis. The member film critics review films for a variety of media, including print, radio, television and Internet in the Greater St. Louis Area.

What do you think of the winners? Leave a comment below!