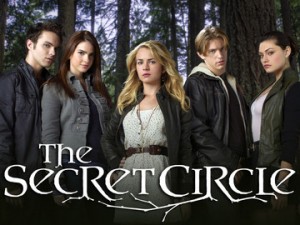 This week started the parade  of  season and series finales. The most surprising Series Finale for me was “The Secret Circle” because it was one of the better rated shows on The CW and they still decided to pull the plug on the show after it Freshman Season (I’ll give a complete season recap of the show in the coming days).

If you’re curious when your favorite shows are coming to a close then here is the list of the impending Season/Series Finales:

This season has been one of the better seasons of Television to date and a running theme is that the Networks seemed to give the shows a lot longer of a run than they would have in previous years. That is one thing that I have enjoyed from this season. Another thing from this season has been the emergence of female driven shows (Mainly Comedies). In previous years/decades males have dominated Television and having female driven shows has never seemed to work but this season was different for some reason.

I came into this season with a clean slate when it came to Dramas and most of the Dramas I’m watching have lasted for the entire season, which hasn’t happened in previous years. Another thing I have the luxury of this season is the fact that the majority of the Dramas I’ve enjoyed are returning for a Second Season. Comedy wise I already had a core amount of shows that I watched and they all continued to dominate my DVR but there are a few new shows (“2 Broke Girls”, “New Girl”, “Whitney”, “Up All Night”) that have made their way into my lineup as well.

“Revenge” is (in my opinion) the best show on Network Television and the fact that it is coming back next season is just going to add to the story of Emily Thorne and her tale of getting revenge on the people who have completely ruined her life. “Once Upon A Time” has also been one of the shows that I have enjoyed from the beginning. I watched both it and “Grimm” (Which is similar) for a month before I decided to chose one and the choice was very clear that “Once Upon A Time” was a better show for me. It follows the fairy tales it is based off of so closely that it is hard not to be a fan (if you know the fairy tales that is). “Smash” is the final show that I would highly recommend watching next season. It’s a story of a Broadway Musical based off of Marilyn Monroe and the battle between two girls to take on the role of the title character. I would have thrown “The Secret Circle” into this group as well but like I said it is not returning next season. Another show that I enjoyed that is not returning is Fox’s “Alcatraz” which is based off a story of prisoners who vanished from the famous prison. I would have also recommended watching Fox’s “The Finder” because it is one of the better written “Crime Dramas” out there. Sure its pretty corky but its entertaining none the less.

With this season coming to an end the Networks are not going to waste any time before they release the schedule for next season. NBC will start when they announce their lineup this Sunday May 13th.

I’ll be sure to keep everyone updated on this schedule and post all the schedules the day they are released.