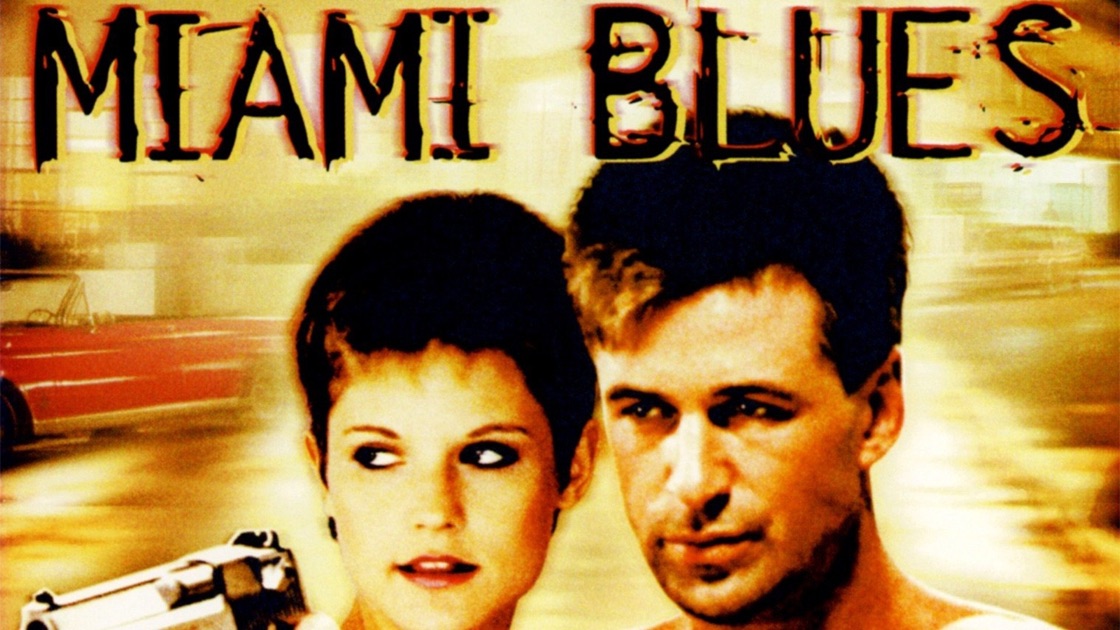 This week’s Retro Review takes us back to 1990. Back before Alec Baldwin made people laugh playing Donald Trump, he actually starred in some pretty damn good movies. ‘Miami Blues’ is one of those films, which is highly underrated.

Directed by George Armitage and co-starring Jennifer Jason Leigh and Fred Ward, the film revolves around Baldwin’s character Junior. Junior is a bad, bad man, but he’s also kind of a lousy criminal, always seeming to get himself in trouble. After being released from prison, Junior plans on starting a new life in Miami, but must quickly find somewhere to hide out after he kills a man at the airport. This is where he meets Susie, played wonderfully trashy and stupid by Leigh. Susie is a not-so-smart, but nice prostitute. The two instantly become romantically involved. Junior comes across Ward when he steals his gun and badge. In one of the more memorable scenes, he beats him senseless and steals his false teeth of all things. Junior assumes the officer’s identity while embarking on a crime spree and convinces Susie he is her dream man. If it sounds like a white-trash comedy, that’s because it is. It’s also entertaining as hell.

Armitage does a fine job directing the film, as it’s pretty evenly paced and packs just enough laughs to make you almost feel for Junior. It’s not a surprise that Armitage went on to direct the 1997 cult-hit, ‘Grosse Point Blank.’

While ‘Miami Blues’ was a commercial flop at the box office, the film has gained a steady following over the years. In 2015, the film was released on Blu Ray, giving a new audience a chance to see this underrated gem of a film. It’s also one of Baldwin’s best acting jobs of his career. So, do yourself a favor and take a trip south for the summer and check out ‘Miami Blues.’