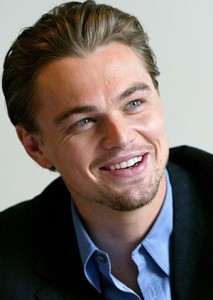 The Warner Bros.-based banner partnered with Johnson on horror pic “Orphan,” which has grossed $28 million in its first 11 days.

The “Red Riding Hood” project’s been developed internally at Appian Way but isn’t being positioned as a possible acting vehicle for DiCaprio.

The best-known version of the story — in which a wolf disguises himself to fool a girl delivering food to her sick grandmother in the forest — was published in the 19th century by the Brothers Grimm. Earlier oral versions of the tale, which date back to the Middle Ages, are far darker and sometimes involve a werewolf rather than a wolf; the first published version, by Charles Perrault, concludes with Red Riding Hood eaten by the wolf, with no happy ending.

Seems like a very cool idea, but it seems more like a Burton project than something Leo would be attached to. Still color me interested. I just hope that they attach a good cast to it, and manage to keep the story interesting. Fairy tales tend to be a bit more grim and dark than most of us remember, but a wolf eating a grandmother? Pretty dark. Who knows how far away this one is though.