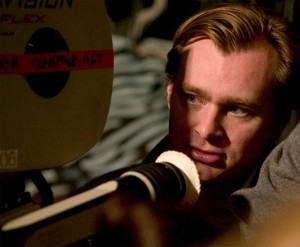 Things seem to be getting out of hand now. In the past few weeks there have been a ton of stories about rebooting successful franchises. The majority of them have been met with confusion to the people reading about them. Mr. and Mrs. Smith needs a reboot? Spider-man is going to be a low budget reboot? Now it seems that DC Entertainment is going ahead with their plan to reboot their biggest franchise character, Superman.

As many remember there was just a new Superman film a few years ago by the name of Superman Returns by Bryan Singer. The film was met with mixed critical response, and lackluster box office results. On the surface things don’t look so bad when you see that it made $391 million worldwide, but with the budget the film had, the grosses were on the low end of projections. Things looked even bleaker when just a little bit later DC Entertainment’s other tentpole character, Batman, had a film that went on to gross $1 billion worldwide.

So, who do you get to fix this mess? Well, how about the director of The Dark Knight, Christopher Nolan? DC Entertainment and Warner Brothers have apparently tapped director to mentor the project to help get it off the ground. This doesn’t mean he is going to direct the project, but help guide it in the right direction. This actually seems like a very smart move, especially since Nolan seems to deserve much of the praise associated with the Batman reboot. Nolan was in charge of every aspect of the production of the films, and the quality shows. He treated the project with respect, and made not just good superhero films, but just overall great films.

The biggest reason for the push? The copyright for Earth’s Greatest Hero goes back to the creator’s estates of Jerome Siegel and Joe Shuster in 2012. This means that it is very likely that WB will be trying to get a film pushed out by 2012. WB Charirman Alan Horn has already suggested 2012 as the earliest date.

Normally I’m against rebooting a franchise, but I think Superman Returns was a colossal failure. It was a franchise that could have actually used a reboot, but instead was made into a sequel of a film over 25 years old. This caused a lot of confusion among viewers, and really destroyed the narrative. I know a lot of people are against the constant retelling of origin stories, but I think it is time to take this series and start it from the beginning again.

My one hope is that WB and DC Entertainment don’t take in the original direction they wanted for a reboot, a darker and more moody Superman. Superman Returns gave us much of that, and it didn’t work. The executives assumed it would work, because it worked for the Batman films. The difference? Batman is a moody character; Superman is not a brooding superhero, but a “beacon of hope”. Luckily, Nolan seems to have a good head on his shoulders, and will most likely have a good idea of where to take the character.

Your thoughts on a reboot of the Superman franchise? Should they assume everything needs to be darker, and make Superman a dark character as well? Would you object to an origin story? Let us know in the comments or on my.ReviewSTL.com!