So, episode 3 (the premiere while one episode counted as two) of the final season of LOST doesn’t fire on all cylinders like the premiere and even induces a couple of head scratches (and not the good ones) along the way. 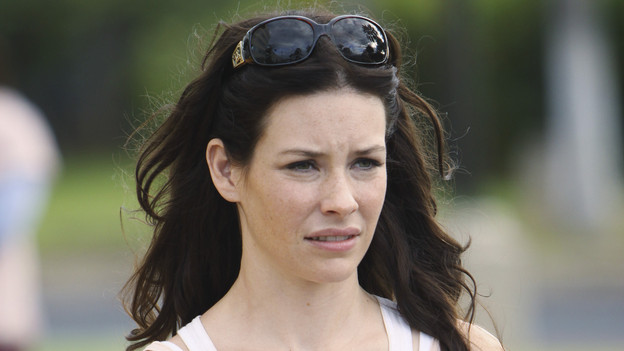 The title would have you believe that this is a Kate-centric episode, which it kind of is, but neither the Island or Sideways plot line is primarily focused on Kate. Kate is in every scene of the sideways flashes, but halfway Claire is also in all of them but one. Now if you remember where we last left Kate in the sideways world in the premiere she had just hijacked Claire’s cab and escaped from her ever nagging Marshal. Now, Kate dumps Claire after their cabbie takes off at a stop sign and enlists a mechanic (of a chop shop?) to break her out of her cuffs when she uncovers Claire’s bag and gains a little sympathy for her as she realizes Claire is a Mom to be. Now here is where some head scratching kicks in. Kate feeling sympathetic and going back to help people out, that makes sense and we have seen it before. Though, Claire is not one to trust others (unless drugged up by The Others) from our past experiences and she is very willing to tag along and trust Kate to help her out after she just had gun to her head a few minutes ago. Even weirder and convenient, Claire asks Kate to come into her child’s adoptive parents home as they forgot to pick her up at the airport. After learning that Claire’s suitors are now split and don’t want the child, Claire begins having contractions and her and Kate rush off to the hospital. Now the weird is back in Kate’s court as she sticks with Claire and checks her in and sticks with her while she see’s the doctor which makes no sense since Kate is a runner. The most curious thing to pop up in the sideways story though is when Claire’s doctor comes to check her out and it is none other than Ethan Goodspeed one our favorite Others. Ethan informs Claire she can either have the baby now or with a lot of needles and medicine they can subdue the birth and put her back on track. Claire decides to wait and after lying for Kate the two part ways and our sideways story must wait till next time.

Now lets head back to the Island. When we last left this story, Sayid had just popped up from being dead and asked, “What happened?” Well what happens is Sawyer uses the confusion to bust out of the Temple and The Others send Kate and Jin after him with a pair of Others, including Aldo from “Not in Portland” (welcome back Rob McElhenney from Always Sunny), to bring Sawyer back at any cost. Kate and Jin break away from the two fairly quickly as Kate heads off after Sawyer and after a tiff Jin goes on his own to maybe find Sun. Back at the Temple the Other’s resident leaders, Dogen (Mean Mr. Asian) and Lennon, “test” Sayid with a few classic torture moves and tell Sayid that he passed, only to quickly reveal to us the viewers that he had in fact not. Jack heads into Dogen’s office after finding out Sayid has been tortured demanding answers and Lennon and Dogen inform Jack that they believe Sayid to be “infected.” Dogen suggests that Jack give Sayid a mysterious pill that will heal his infection but that Sayid must take it willingly. Jack doesn’t buy into their take it on faith sales pitch and demands to know what is in the pill. Jack, in a bid to get Dogen to break, throws the pill down his throat which causes Dogen to begin doing anything he can do to keep Jack from swallowing the revealed poisonous pill. After hacking it up, Jack asks why they would want to kill Sayid and Dogen reveals that the Others fear that Sayid might have been “claimed” just like Jack’s sister Claire. In the meanwhile, Kate finally catches up with Sawyer in the Otherton, in his old house with Juliet tearing up floorboards. The two wander off to the docks where Sawyer lets it be know that his heart is Juliet’s in life and death and that he was going to propose to her and regrets keeping her on the Island for his own selfish reasons. Kate leaves Sawyer in the Others’ town as she heads to an unknown destination, but probably has no plans to return the Temple, and we jump back to Jin getting caught by Aldo and the other Other only to have them gunned down by a rouge looking Claire.

If this is the low point for the season we are in good shape, a lot of rage online already over this episode, and while it didn’t give us a ton of new info, the whole people being ‘claimed’ tid bit is one of the biggest revelations on the show yet. And while it might be a new mystery, I will support it, as the season wouldn’t be interesting if there wasn’t something to figure out for this final season. The sideways plot line didn’t do a whole lot new for us but I imagine this episode will have more weight once the season is over. Either way, see you next week and what do you all think about this “claiming” going on?