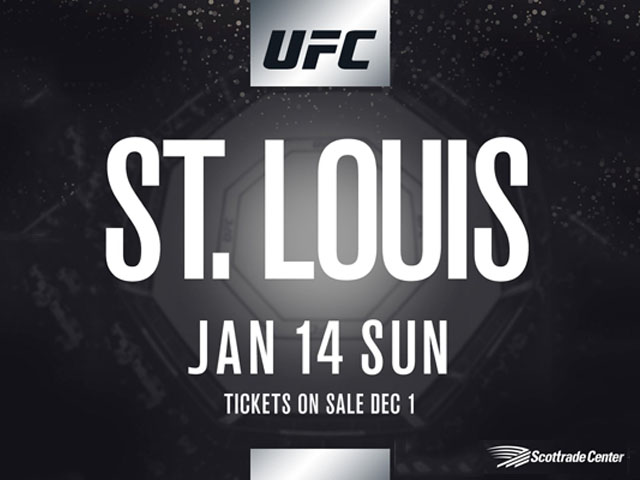 Known for his aggressive style and heavy hands, Stephens (26-14, fighting out of San Diego, Calif.) recently took home Fight of the Night honors for his dominant unanimous decision win over Gilbert Melendez in September. With impressive victories over Renan Barao, Dennis Bermudez and Darren Elkins under his belt, Lil’ Heathen looks to kick-start 2018 with an explosive finish.

Choi (14-2, fighting out of Busan, South Korea) aims to return to the win column and ascend the featherweight ladder following his 2016 Fight of the Year loss to Cub Swanson. During his UFC stint, he’s delivered spectacular KO wins over Thiago Tavares and Sam Sicilia. By adding Stephens’ name to his resume, The Korean Superboy hopes to crack the featherweight Top 10.

A standout on The Ultimate Fighter®, Hall scored a dramatic comeback victory over Krzysztof Jotko in September, and coupled with wins over Gegard Mousasi and Thiago Santos, Hall has his sights set on taking out the MMA legend. As for Belfort, the former light heavyweight champion is looking to continue his momentum following a decision win against Nate Marquardt in June. With knockout victories over Dan Henderson, Michael Bisping and Luke Rockhold to his credit, Belfort plans to add Hall to his already impressive highlight reel.

No.12-ranked strawweight contender Paige VanZant aims to stake her claim in the UFC’s newly-minted women’s flyweight division when she takes on gritty prospect Jessica-Rose Clark (8-4, fighting out of Innisfail, Australia).

Holding wins over Bec Rawlings, Alex Chambers and Felice Herrig, VanZant (7-3, fighting out of Portland, Ore.) hopes an impressive victory will propel her into the 125-pound title mix, while Clark announced her arrival to the UFC with a spirited decision victory against Rawlings last month, setting the stage for a showdown in St. Louis.

Additional bouts on the card include:

For the latest information on additional bouts for this event, please visit www.ufc.com. All bouts live and subject to change.

Visit the UFC® Press Portal for information and content to support your UFC coverage.

Tickets for UFC FIGHT NIGHT® go on sale Friday, Dec. 8 at 10 a.m. CT and are priced at $150, $125, $100, $80 and $60 USD (prices do not include applicable service charges or fees). Tickets are available for purchase online at www.ticketmaster.com and will be available at the Scottrade Center box office. Ticket sales are limited to eight (8) per person.

UFC Fight Club® members will have the opportunity to purchase tickets Wednesday, Dec. 6 at 10 a.m. CT via the website www.ufcfightclub.com. A special Internet ticket pre-sale will be available to UFC newsletter subscribers Thursday, Dec. 7 starting at 10 a.m. CT. To access this presale, users must register for the UFC newsletter through UFC.com.