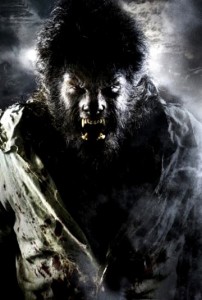 Both trailers for this film so far have been fantastic. It wasn’t a project I was that interested in when I heard it go into pre-production. It just goes to show why you never write anything completely off until you see what the production is capable of. What I can figure out from the trailer is that this film looks to be shot beautifully and has good special effects. Only once we see the full film will we be able to determine if it is a good adaptation of the popular classic.  The more I see of this film the further it moves up my list. I’m genuinely excited for this, and I still believe Benicio Del Toro looks like the perfect Wolfman.

Universal Studios resurrects the classic lycanthrope with this tale of an American who experiences an unsettling transformation after returning to his ancestral home in Victorian-era Great Britain and being attacked by a rampaging werewolf. His brother having recently vanished without a trace, haunted nobleman Lawrence Talbot (Benicio Del Toro) returns to his family estate to investigate. What he discovers upon reuniting with his estranged father (Anthony Hopkins), however, is a destiny far darker than his blackest nightmares. As a young boy, the untimely death of his mother caused Talbot to grow up before his time. Though Talbot would attempt to bury his pain in the past by leaving the quiet Victorian hamlet of Blackmoor behind, the past returns with a vengeance when his brother’s fiancée, Gwen Conliffe (Emily Blunt), convinces him to return home and aid the search for his missing brother. But something monstrous has been stalking the residents of Blackmoor from the nighttime shadows, something not quite human. Not even recently arrived Scotland Yard inspector Aberline (Hugo Weaving) can dream up a rational explanation for the gruesome spell that has been cast over Blackmoor, yet rumors of an ancient curse persist to this very day. According to legend, the afflicted will experience a horrific transformation by the light of the full moon, their animal rage becoming far too powerful for their human bodies to contain. Now, the woman Talbot loves is in mortal danger, and in order to protect her he must venture into the moonlit woods and destroy the beast before it destroys her. But this isn’t your typical hunt, because before the beast can be slain, a simple man will uncover a primal side of himself that he never knew existed. Screenwriter Andrew Kevin Walker pens a film directed by Joe Johnston and featuring creature effects by special-effects makeup legend Rick Baker. ~ Jason Buchanan, All Movie Guide