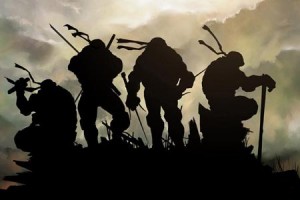 Remember a few months ago when we told you a live action TMNT movie was going to be happening? It seems that it is one step closer today. Nickelodeon purchased the rights to TMNT for $60 million. Yeah, that is a lot of scratch, and to get their return on their investment you can bet there will be at least a couple new movies. These characters are ones I grew up with. I can still remember going to a special sneak preview of Secret of the Ooze when I was younger. I had a lot of the toys, and the Turtles were just…cool. It will be fun to see another generation have fun with the same characters. I’m now sure “Cowabunga” is very cool anymore. I don’t think that pizza and katanas ever go out of style.

Furthering its mission to provide premium content to its audiences, Nickelodeon–part of MTV Networks, a division of Viacom Inc.–has acquired the global rights to the Teenage Mutant Ninja Turtles from The Mirage Group and 4Kids Entertainment, Inc. The acquisition provides Nickelodeon, the world’s number-one entertainment brand for kids, global intellectual property rights to Teenage Mutant Ninja Turtles, the hit television, film and video game property that has delighted kids around the world for the last 25 years. The aggregate purchase price for the transactions is approximately $60 million.

Nickelodeon also announced plans to develop a new CG-animated television series based on the popular superhero franchise, anticipated to premiere in 2012. Additionally, in partnership with Viacom’s Paramount Pictures, a new release of a new Teenage Mutant Ninja Turtles feature film is also planned for 2012. Nickelodeon has also acquired all merchandising rights to Teenage Mutant Ninja Turtles, and will continue to work with its original and long-standing toy partner, Playmates Toys, which has been the creative force behind the successful TMNT master toy program over the last two decades.

“Teenage Mutant Ninja Turtles shares a comedic sensibility with the Nickelodeon DNA, with added layers of action and fantasy that have kept this property an evergreen favorite with multiple generations of audiences,” said Cyma Zarghami, President, Nickelodeon/MTVN Kids and Family Group. “We are extremely happy to have the opportunity to be able to focus on this property and creatively re-introduce it to a new generation of kids.”

“Teenage Mutant Ninja Turtles is a property that maintains a very passionate global fan base, is rich with opportunity for a tentpole movie, and is exactly the right property for us to work together with Nickelodeon,” said Adam Goodman, President, Paramount Pictures.

“Mirage has been the proud keeper of the Turtles’ brand since 1984, and in 2009 we celebrated their 25th anniversary with our legions of fans,” said Gary Richardson, CEO, Mirage Studios. “Nickelodeon is a powerhouse global brand, and we are confident that the company will be a wonderful steward for Leonardo, Raphael, Michelangelo, Donatello and all the other TMNT characters and take them in all kinds of exciting and new creative directions.”

“We enjoyed our eight-year partnership with Mirage during which 4Kids and Mirage re-launched the Teenage Mutant Ninja Turtles franchise for a new generation of kids around the world,” said Alfred Kahn, Chairman and CEO of 4Kids Entertainment, Inc. “We will also work with Mirage and Viacom so that our Turtles’ licensees can be assured of a seamless transition.”

Considered one of the most popular kids’ television programs of the 1980s, Teenage Mutant Ninja Turtles is a classic, global property created in 1984 by Kevin Eastman and Peter Laird. It first debuted as a successful comic book series and then became a hit animated TV show, a live-action television series, and later spawned four blockbuster theatrical releases. The property also has translated into a significant consumer products business–with DVDs, video games, toys and more–that has generated billions of dollars at retail.