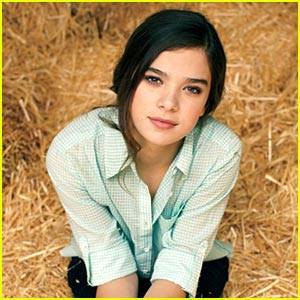 We all know that Hollywood loves to jump on bandwagons.  Japanese horror remakes. Superheroes. Fantasy book adaptations.  I could go on, but I think you get the point.  Well the new “IT” project seems to be classic fairy tales.  This all began with Tim Burton’s ALICE IN WONDERLAND which I strongly disliked, but the film made a ridiculous amount of money so it caught the eyes, ears, and greedy pockets of studio executives.

Upcoming projects we can look forward to are three different SNOW WHITE adaptations, two PETER PAN projects, and a new spin on HANSEL AND GRETEL.  I am a little torn on the idea of it all.  On one hand I love to see different interpretations of classic tales.  On the other hand I hate that studios follow trends like these.  But let’s get back to what this article is actually about.

Hailee Steinfeld is about to breakout even more than she has already.  If she plays her cards right then she can most certainly make herself a name that every household knows.  She has just recently signed onto a script that is said to be SLEEPING BEAUTY meets INCEPTION.  Uummm…Not sure.  This is also the second SLEEPING BEAUTY in the works.

My negative vision of this whole thing is just a bunch of bad 3-D films coming out that kids will want to see because of the name recognition, but studios will try to appeal to young adults by adding angst and a dark edge.  I just see the whole thing being bad.  Maybe I am just too pessimistic.

In honor of classic tales getting a new look I have added these three art pieces below that I thought was cool.  The artist’s idea was Disney meets Street Fighter.  If you like his work the head over to his site here. 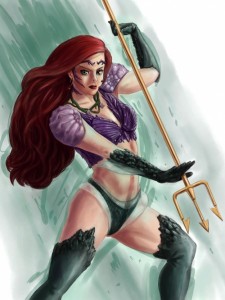 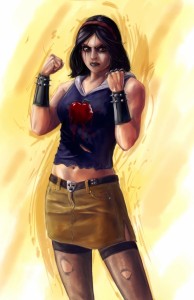 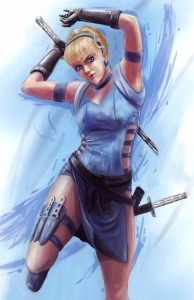 What do you think of the new fairy tale trend?  Which story are you most interested to see adapted?