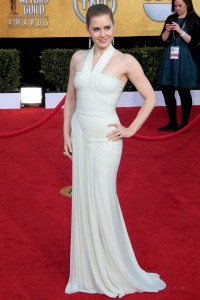 After SUCKER PUNCH’s disappointing reviews and box office results, I think that Warner Brothers and Zak Snyder were both scrambling for some good news to release to overshadow what SUCKER PUNCH did not do.  So it makes perfect sense to release new casting information on the second biggest comic franchise that WB possesses.

Obviously who they cast or for what part is not a surprise.  It’s right there in the title of the article.  I think Amy Adams is brilliant casting.  And I’m not the only one.  Here is what Zak Snyder had to say about the decision.

Second only to Superman himself, the question of who will play Lois Lane is arguably what fans have been most curious about. So we are excited to announce the casting of Amy Adams, one of the most versatile and respected actresses in films today. Amy has the talent to capture all of the qualities we love about Lois: smart, tough, funny, warm, ambitious and, of course, beautiful.

I have to say, I completely with what Snyder had to say about the choice.  I certainly love her ten times more than some of those other actresses that were rumored for the part.

While SUCKER PUNCH was less than spectacular, I still actually have hope for this film (and I’m not even a SUPERMAN fan.  Nolan and Goyer worked on the script.  Snyder has demonstrated that he can adapt pre-existing material very well.  And the man has a visual eye like none other.  I am ready to forgive and forget SUCKER PUNCH and move onto the next film.

What do you think of this casting?  Who would you have rather seen in the role?