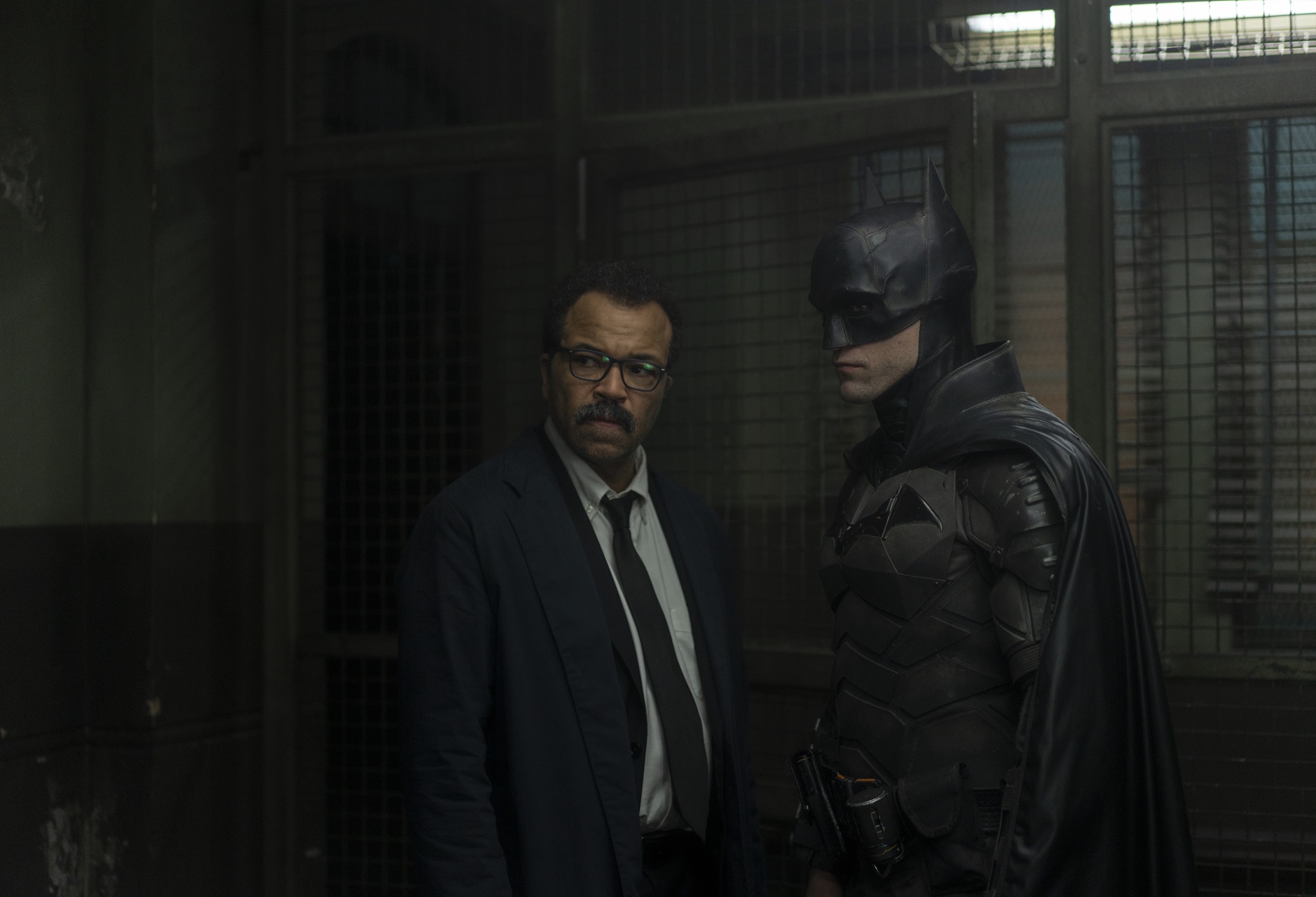 Do you remember the time when people scoffed at the casting choices for Batman movies?

Perhaps you recall when a comedian named Michael Keaton, known for roles like Mr. Mom and Johnny Dangerously, put on the cape and cowl. If not, maybe you remember when Heath Ledger from 10 Things I Hate About You and A Knight’s Tale was cast as The Joker in Christopher Nolan’s The Dark Knight. And before the latest film, it was Ben Affleck – who swore never to do another superhero film after the failed Daredevil movie – yet made a terrific Batman and Bruce Wayne in Zack Snyder’s films.

In 2019, it was announced that director Matt Reeves and Warner Brothers had chosen Robert Pattinson from Good Time, Harry Potter and the Goblet of Fire, High Life, and – there was something else detractors kept referencing, but I can’t quite recall – as the new caped crusader. Nearly three years later, and The Batman has finally hit theaters. And here is where history repeats itself, and everyone realizes how great of an actor Pattinson is.

Reeve’s take on Batman focuses on the crimefighter’s early years, drawing heavy influences from comics like Frank Miller’s Year One, and Jeph Loeb and Tim Sale’s The Long Halloween. The film takes place during Bruce Wayne’s second year under the cowl, evidenced in the journals he keeps which chronicle his nocturnal activities. Film-wise, the aesthetic and tone match David Fincher’s Se7en and Zodiac, and Reeves himself said he was influenced by Taxi Driver, The French Connection, and Chinatown.

Pattinson is menacing as Batman in the film, as we see criminals fearing that he may be lurking in the shadows wherever they go. And when we see him step out of the shadows for the first time, it makes sense. The batsuit, designed by Glyn Dillon, looks fantastic on screen. It is armored, but not bulky. Tactical, yet refined in a stylish manner. And to criminals, it is terrifying – striking fear into them in hopes that they will rethink doing anything that might elicit a meeting with The Batman.

The voice is a huge deal to Batman fans, and it has been hit or miss over the years. In animation, voice actor Kevin Conroy has crafted one of the most iconic portrayals of all time, influenced by his classical training and theatre work. Some of the live-action actors have used their normal voices, and others have gone to great lengths to protect Bruce Wayne’s secret identity – like Bale’s deep and gravelly tone that evolved over Nolan’s trilogy. Pattinson’s voice performance strikes the perfect balance, disguised from the sound of his Wayne, but not so over-the-top that it will be mocked for the next decade. It’s intimidating, effective, and simply sounds good.

As Bruce Wayne, Pattinson masterfully captures the pain that causes the character to take up the mantle of the bat in the first place. While the film is much more of a Batman story than a Bruce Wayne one, the actor’s physical performance speaks volumes for the billionaire’s psyche. You can see the hurt in his eyes, and only when he puts on the cowl does he seem at peace with his existence.

Speaking of performances, there isn’t a bad one in the film. The cast is packed full of talented actors, like Zoë Kravitz as Selina Kyle / Catwoman, whose natural charisma leaps off the screen whenever the character is present. She and Pattinson have great chemistry throughout the film, and the script wonderfully captures the sexual tension between the two. Batman has shut himself off from most people, but there is undoubtedly something there – only further complicated by the double-lives they both live. Kravitz is mesmerizing, and hopefully, we see more of her character in the future.

Catwoman is joined by several other iconic villains in the film, including The Penguin, played by an unrecognizable Colin Farrell, and Riddler – the psychopathic serial-killer brilliantly acted by Paul Dano. Both portrayals are different than we have seen in the past, and both are excellent. This Penguin is less cartoonish, and more of a ruthless mobster like you would see in a Scorsese gangster film. And Riddler’s sadistic murders that all have puzzles attached is where the Fincher vibes come in. Dano is unhinged and all-in on this performance, and it is as impressive as it is terrifying on-screen.

John Turturro, an actor I love to see show up in anything, has never been better as mob boss Carmine Falcone. His ruthless, yet calm-and-calculated demeanor is exactly what I picture for the character brought to life on the big screen, and he is just as terrifying as The Riddler in his own way.

As for the good guys, which we know Gotham City is severely lacking, we have Wayne’s right-hand man and butler Alfred Pennyworth, played by the talented Andy Serkis. This is a much different Alfred than we have seen in live-action films, more closely resembling comic book versions of the character where he is ex-military or a former intelligence agent. Serkis is terrific as the surrogate father to Bruce, who knows he can never replace Thomas – but is determined to look after him to the best of his abilities.

Detective Jim Gordan, not yet commissioner in these early years, is portrayed in the film by Jeffrey Wright – one of the finest actors working today. This is a film where we see Batman living up to his label as “The World’s Greatest Detective,” and we get to see Gordan and Batman doing real detective work throughout the film. After all, Batman made his debut in “Detective Comics,” which is where the name DC comes from in the first place. Wright captures everything you would hope for in the detective role, and has great chemistry with Pattinson. I really look forward to seeing how the character evolves in future films and television spin-offs that are in the works.

Speaking of talent, cinematographer Greig Fraser (Rogue One, Dune) is one of the best in his field, capturing breathtaking photography from start to finish. The dark and grimey tone of Gotham is beautifully captured in all its seedy wonder. His photography encapsulates the vibe Reeves is going for, reminiscent of the aforementioned Fincher films, yet uniquely capturing this new take on the beloved property. The action sequences, of which there are plenty throughout the film’s 175-minute runtime, are always clear and easy to follow – something sorely missing from many modern action films. There is an incredible car chase that has audiences glued to their seats, holding on for dear life. And the breathtaking look of the film not only succeeds in capturing the action and feel of the city, but also excels in conveying the pain, hope, and love within these characters. Much like his previous work, you could pause the movie and get a beautiful picture at nearly every moment.

Michael Giacchino’s score is tremendous – intimate when it comes to the small character moments, and big when it needs to be. The title theme that plays throughout the film instantly elicits the feeling of hope, which is an integral part of the character. Without it, why would Batman even bother? During action sequences, it ramps up and punctuates the hard-hitting visuals.

It’s no secret that Matt Reeves is a talented filmmaker, crafting two of the greatest blockbusters in recent history with his Apes films – along with his early movies Cloverfield and Let Me In (one of the rare American remakes that is just as good, if not better, than their foreign counterpart). Here, Reeves undoubtedly understands the character of Batman, and what has made him so beloved since 1937. Over the years there have been many interpretations of The Dark Knight, yet there are certain core traits that define him. The Batman takes the best of what we have read, watched, and listened to for the better part of a century, and crafted one of the greatest depictions of the character on the big screen to date.