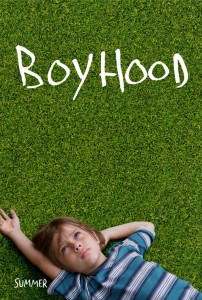 Original concepts are few and far between these days. It isn’t that they don’t exist, it’s that they aren’t marketed like remakes, reboots, and adaptations. It doesn’t mean there aren’t people still pushing the boundaries of filmmaking, and finding new ways to tell compelling stories for the sake of art. It’s just that the public rarely sees the films that push these boundaries. Are audiences blind to new compelling media? Yes and no. Your average person watches film to escape from their everyday life, and usually want something familiar. Boyhood is a bit of a conundrum, it has the familiarity of life, but the sincerity and the lack of a defined plot will keep it from becoming a financial success. People will likely feel the film too closely captures real life, even though that is exactly the point.

In 2002, Richard Linklater set out to make a movie about growing up, which on the surface may not seem like an incredible undertaking, but make no mistake, it is an incredible feat in filmmaking. Rather than rely on special effects and multiple actors to tell the story of a boy in a short period of time, Linklater had the idea to film segments of the film over a twelve year period using the same cast.  It’s an incredible commitment that pays off in the film, as we see a young boy named Mason (Ellar Coltrane) and his family evolve throughout the years. There isn’t one definable plot thread throughout the film, and instead we focus on a number of important pieces of Mason’s life. We see him struggle through school, deal with an alcoholic step-father, find his passion, lose his first love, and many other moments. The film never creates shocking moments that are meant to be plot devices to move the story along. Are there shocking moments? Sure, but they aren’t defining moments of the film. The defining moments are the small moments where you see just how much the boy you’ve been watching has changed.

Boyhood is a movie about nothing and everything at the same time. It isn’t a film that tries to get preachy about its subject matter. In fact it openly shows teenagers using alcohol, drugs, and having sex. However, it doesn’t present them as pitfalls of youth, but rather situations most kids go through. Every tense moment in another film that might be played for dramatic effect is instead presented as a danger of living a normal life. It’s starkly honest in the fact that growing up has many ups and downs, but through it all people can come out the other end and still be okay.

Even the flaws of the film can be forgotten in the face of its triumphs. The small roles that sometimes feature inept actors are drowned out by the strong performances of the core cast. The length might end up bothering some in the audience, but it’s hard letting go of a character you literally just watched grow up. Linklater could have easily cut another 15 minutes from his film, but it is pretty obvious how attached he became to his subject matter.

Boyhood might not be the crowd-pleaser everyone is looking for, but it is likely to be considered a modern film masterpiece. It’s unlike almost anything you will have ever seen. If you want a no frills movie with a lot of heart then Boyhood is the movie for you.