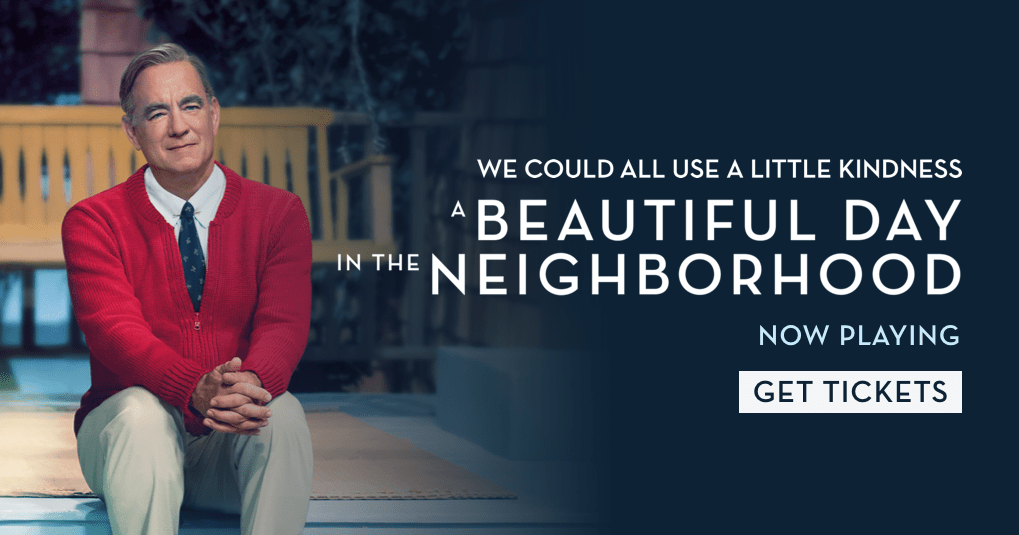 Growing up, I didn’t have cable. While other kids got to watch Nickelodeon and Disney Channel, I made do with broadcast channels. Sure, I got my fill of Saturday morning cartoons: Animaniacs, X-Men, and the like. But during the week, especially when I was very young, I ended up watching a lot of PBS. I actually owe a lot to PBS shows. I (allegedly) taught myself how to read through watching Sesame Street. I had an obsession with trains that I learned from Shining Time Station.

But despite the influence of those shows and others such as Ghostwriter and Reading Rainbow, no show influenced me as much as Mr. Roger’s Neighborhood. It wasn’t that Fred Rogers was a superhero in a flashy outfit; he was a rather plain-looking guy in a red cardigan. He wasn’t a smooth-talking adventurer who battled evil; he spoke with a light voice and in very simple sentences.

What really set him apart was the fact that he always encouraged, and he did so with words and actions that transcended the anger and frustration that many felt. He didn’t shy away from serious topics such as death or divorce; he did his best to explain why things happen and what we can do to make our own lives better.

When Esquire magazine published the seminal “Can You Say…Hero?” profile by Tom Junod in 1998, it gained national attention and renewed the appreciation that people, many of them adults who grew up watching Mr. Rogers, had. As a testament to his character, when he passed away in 2003, over 2,700 people attended the public service that was held for him.

I didn’t read the article until well after he’d passed, but reading it immediately invoked strong memories of his show: the simple theme song he sang while he changed shoes and put on his red cardigan, the random guests he’d have over, the little model neighborhood and trolley that were used for transition scenes. And I can say with immense pleasure that A Beautiful Day in the Neighborhood, loosely adapted from the article, does nothing but invoke those memories in a gorgeous, hilarious, and moving manner.

Set in the time frame during which the article was written, the film is framed as a two-hour long episode of Mr. Roger’s Neighborhood, beginning with Mr. Rogers (Tom Hanks) singing the familiar theme. As optimistic as ever, Fred introduces us to his friend, Lloyd Vogel (Matthew Rhys), a character based loosely upon Junod. A new father, Vogel deals with anger issues in both his personal life (lashing out physically at his estranged father, played by Chris Cooper) and his work life. Called upon to write a 400-word piece on Mr. Rogers, his editor (Christine Lahti) notes that Vogel’s profiles are so negative that nobody else but Fred wanted Vogel to write about them.

As the “episode” unfolds, we see more into the process of Vogel’s work on the article as well as the noticeable impact that spending time with Fred has on his personal life. The interview goes beyond the standard Q&A, as Fred turns the tables on him, asking him about his family and his childhood.

None of this would have been possible without assembling a stellar cast for it. Susan Kelechi Watson does a fantastic job as Vogel’s wife, Andrea. She’s a perfect blend of support and rebuttal, encouraging him when he needs it, but never afraid to tell him her mind. Rhys gives a fantastic performance as Vogel. The film is wrapped around his experience and growth throughout the process, and we get to grow along with him.

Still, the obvious star of the film is Hanks. Perhaps the most beloved actor in America, Hanks nails his portrayal of Rogers. He doesn’t have Fred’s frail build, but he absolutely mastered his mannerisms and speech pattern. He IS Mr. Rogers.

Beyond the intro and outro of the film, the audience is repeatedly engaged on an emotional level as though we’re watching an episode of the TV show. Transition scenes are brilliantly handled as the toy/models used in the show, to humorous effect. At times, Mr. Rogers is used to segue into another important scene in the movie.

But there are also times during which Mr. Rogers appears to be talking directly to the audience as well. There’s a particular scene set in a diner about halfway through the film in which Fred and Lloyd are talking. And it’s a subtle transition, but for a significant part of it, Fred looks directly into the camera and makes a request, and I could hear the audience in the theater react to it.

It’s tough to single out one particular thing that makes the film work; on so many levels, it’s a nearly-perfect reflection on the life and impact that Mr. Rogers had on generations of children. The cast and crew give great performances, and the editing and visuals are superlative. It’s meant to appeal to our nostalgia, and it works to great effect. But above that, I think it works not because of nostalgia, but because his message is still relevant. In a world that’s become increasingly polarized, it’s his message to treat others with respect and understanding that really shines through. And maybe if we can remember that, we’ll all be for the better for visiting Mr. Rogers.

A Beautiful Day in the Neighborhood gets an A+.