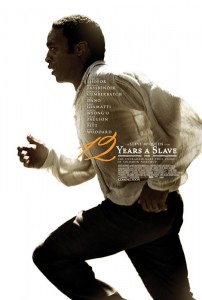 It’s hard to pin Best Picture frontrunners at this point in the year.  The end of the year bonanza of films is sure to throw a wrench into the awards plans of some of the superb films of early 2013, but it’s hard to imagine that 12 Years a Slave won’t be in contention. Director Steve McQueen continues to make a name for himself, and crafts a film that could quite possibly end up being a definitive film on its subject matter.

Solomon Northrupp is a bit of an oddity in mid-19th century America, he’s a black man who is not only free, but educated and accepted by the majority of the community around him as a gentleman. Sure there are a few odd stares here and there from people who are unfamiliar with the Syracuse resident and his family, but this speaks more powerfully to the people who accept him in the community. By all accounts Solomon leads a great life with his wife and two children. When the opportunity comes to make some money on the road as a traveling musician, Solomon can’t pass it up. Unfortunately, the offer is ultimately a ruse that ends with Solomon being sold into slavery. Thus begins Solomon’s journey as a slave, and the intense struggles he endures for the ensuing 12 years.

The film will ultimately be described as a beautiful but uncomfortable viewing experience. On display is both the beauty of human nature, in which we see a human being that despite numerous struggles, finds a way to persevere. On the other side we have a display of cruelty, a blemish on mankind.  The disregard for human lives displayed by the slave owners in the film will leave most people physically ill. McQueen walks a fine line where he keeps the audience a part of Solomon’s struggle, but gives them brief glances at humanity that come through like a breath of fresh air.

Chiwetel Ejiofor isn’t an actor most people will recall by name, but who has long given solid performances in almost ever film he has appeared in, is finally given a chance to show his full range. Ejiofor projects a quiet strength and an intelligent demeanor. It’s these attributes that make him the perfect conduit for the audience to realize the full extent of the horrors experienced by his characters, and those like him. The consistency of Ejiofor’s performance is something to be admired, and will likely end with him snatching up a number of awards this season. McQueen creates a sense of discomfort by lingering on uncomfortable moments. A moment where Solomon is hung from a tree, only being kept alive by pushing up with his toes, is one of the most unflinchingly cruel moments in the film. The scene is kept in focus for a few minutes before the audience is given respite.  Solomon’s first gasp of breath after coming down is something that is sure to be echoed by any viewer of the film.

The breakout performance of the film comes from Lupita Nyong’o as Patsy, a young slave who has unfortunately found the attention of her slave owner, Edwin Epps (Michael Fassbender). Nyong’o claws at the soul of the audience as she endures pain none of us are ever likely to experience.  Patsy is the most tragic character within the film, and Nyong’o approaches every torture differently. When the character ultimately begs Northrupp for death, it’s hard not to sympathize with her plight, and hope he grants her request.

12 Years a Slave is bolstered by a strong supporting cast that includes the likes of Paul Giamatti, Brad Pitt, Benedict Cumberbatch, Sarah Paulson, and Paul Dano. With a supporting cast like that, it’d be easy to dismiss the film as pure Oscar bait, but it’d be a mistake. The film is an honest and uncomfortable film about slavery. It isn’t a film that contains shallow motivations and cheap thrills, and because of that it might not be for everyone. It’s without question one of the finest films of the year, and could possibly be one of the best films about its subject materials.